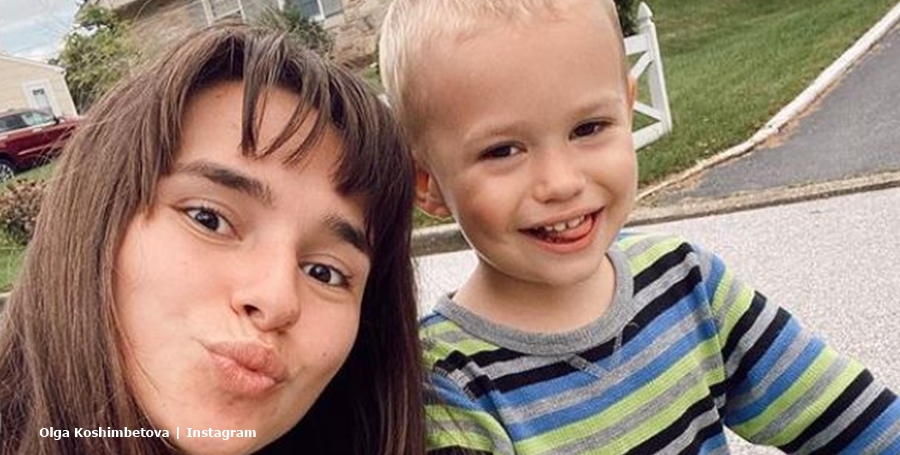 Olga and Steven Frend split after a year of marriage, but did they make up again? Fan heard that they not only split. But, Steven filed for a divorce last year. 90 Day Fiance fans seem certain that Olga and Steven only get together when it comes to co-parenting their son Richie Alex. And, both of them mentioned that on social media in the past.

If they still remain split, might Olga already date someone else? Olga said something on Instagram that points to the possibility of them either getting back together or someone else is now in the picture.

Olga and Steven back together after filing for divorce?

In October last year, we reported along with many other media outlets, that the couple split. Not together at the time, Olga confirmed that. But, she also said “at the moment, as a couple, we are not together. Hopefully all for the best, but for now I don’t want to comment on this.”  Perhaps she hoped that sometime in the future, they resolve their difference.

Meanwhile, InTouch Weekly noted that Steven took to his Instagram Story on October 10. He also talked about the split and the end of their marriage. The 90 Day Fiance star also talked about how they remain “civil and cause no drama because our son’s mental health is a top priority.” So clearly, they raise their son together but no longer live as a couple. So what on earth prompted the mention by Olga about her non-single status on Instagram on January 17?

Olga talks about not being single

Olga carried out one of those False or True Q&As on her Instagram Stories. She revealed in her answers that she misses Russia, her family, and friends, but doesn’t hate the USA. The 90 Day Fiance star also talked about hoping to explore New York, and not liking Maryland very much. In fact, she delays booking any tickets home to see her family because of the coronavirus but made no mention of returning there permanently. She also mentioned that she feels no regrets about filming with TLC as it gave her some new experiences.

Then, one fan asked if it’s true that she’s single? Well, she replied, saying, “False,” and added a smiling emoji. Now, that could mean one of three things. Perhaps the divorce never came through yet, so technically, Olga and Steven Frend remain married. That would officially mean she’s not single yet. Or, it could mean they reconciled and live together again. And, the third possibility is she’s with someone new.

With no way to certify if she dates someone else. Perhaps, for now, fans might hope that the couple reconciled. Hopefully, Olga clarifies with her TLC fans soon. Do you think they could be back together? Let us know in the comments.