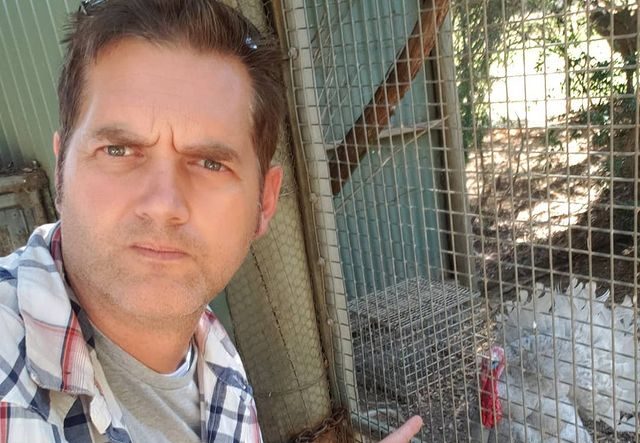 The general public has been fascinated by the idea of extraterrestrials for decades. Once taboo, the belief humans are not alone continues to gain credibility. Therefore, more and more people are becoming open to the conversation of life other than our own. A brand new series released exclusively on Discovery+ to address the phenomenon. UFO Witness premiered on January 14 with the first three episodes. The series features eight episodes in total. The remaining five episodes will air each Thursday starting on January 21.

What Is UFO Witness?

The show is hosted by former federal agent, Ben Hansen. Hansen is a well-known investigator in the paranormal community.  And, he has appeared in several television shows such as Fact or Faked: Paranormal Files and Paranormal Lockdown.

UFO Witness follows Hansen as he attempts to uncover the truth about extraterrestrial life. For more than 70 years, the United States government has been documenting sightings and reports of unidentified flying objects. “Project Blue Book” is by far the most well-known instance of a government investigation.

In July 1947, Roswell, New Mexico became famous for one of the most widely known UFO sightings in history. The Roswell Army Air Field investigated the report of a crashed UFO. On July 8, 1947, public information officer Lt. Walter Hautbut issued a press release. He claimed a “flying saucer” was recovered. The Army later retracted this statement and claimed the recovered material is actually that of a fallen weather balloon. Consequently, the United States Army maintains that no extraterrestrial aircraft remains in their possession.

“No UFO reported, investigated, and evaluated by the Air Force has ever given any indication of threat to our national security. There has been no evidence submitted to or discovered by the Air Force that sightings categorized as “unidentified” represent technological developments or principles beyond the range of present-day scientific knowledge. There has been no evidence indicating that sightings categorized as “unidentified” are extraterrestrial vehicles.”

UFO Witness host Ben Hansen obtains the help of Jennie Zeidman. Because Zeidman is the last surviving member of “Project Blue Book,” her input is crucial. The United States Air Force officially denied evidence of extraterrestrials. However, Zeidman disagrees. She is speaking publicly for the first time since her involvement with “Project Blue Book.” Hansen expressed his enthusiasm in a recent Twitter post.

Thanks for the forward @Acecentric! It's so encouraging to see so much of the media interested right now in the UFO subject. I hope they keep the momentum going with the public as we start to see these secrets revealed. Fun interviews today! https://t.co/FPdDdIVunQ

UFO Witness is sure to uncover more amazing things with each episode. So, what do you think? Do aliens truly exist? Has the United States Government been hiding it all along? Be sure to watch UFO Witness Thursday on Discovery+.