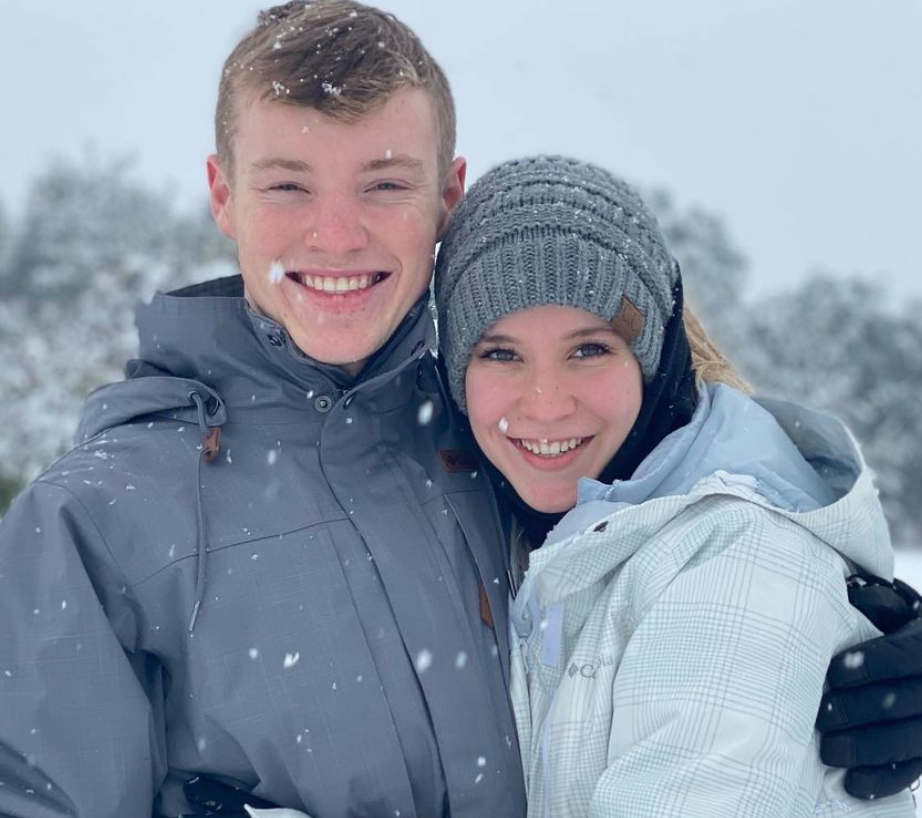 As TV Shows Ace previously reported, Justin Duggar is now engaged to Claire Spivey. The young couple is already in the process of planning their wedding. And now, it looks like they’ve taken another big step.

A source spoke with InTouch Weekly and revealed that Justin bought a home from his dad. The teen bought a mobile home for himself and his bride-to-be.

The source reveals Jim Bob’s motives, saying, “It will also come in handy when they start working on a family of their own. Of course, there’s one major rule — they can’t spend the night or move into the home until they’re married.”

It seems like Jim Bob and Michelle Duggar are big on setting their kids up for success. So, if buying a house is one less thing for them to worry about, they’ll sell their kids a house to help out.

The source continues by saying that the parents are “all about giving them a step up to help their marriages succeed. They know marriage can be hard work, but they both truly believe that a happy home makes a happy family.”

How much did Justin Duggar pay for the home?

Jim Bob sold the mobile home to his son for just $1. This isn’t uncommon for Jim Bob, as he’s sold homes to his children before. He likes to give them a “good head start,” the source explains.

Where will the newlyweds settle down?

It’s unclear where Justin and Claire plan on living. Since the home Justin bought is a mobile home, they could live practically anywhere.

Since the couple started courting, they have been spending time in both Arkansas, where the Duggars live, and Texas, where the Spiveys live. So, it’s possible they could end up in either state.

After seeing many photos of Justin in Texas recently, fans began to question whether Justin had moved to Texas already. Claire’s mom, Hilary Spivey, says that he has not moved to Texas.

So, are you surprised to hear that Justin Duggar already bought a home for himself and his bride-to-be? Do you look forward to seeing pictures of the new home once they settle in? Share your thoughts below.

Stay tuned for more updates about the Duggar family.

‘Elite’ Season 5 Canceled or Renewed: Netflix Makes a Decision Ahead of Season 4
Becca Kufrin Posts About Rachel Lindsay After Fans Pepper Her With Requests
‘The Blended Bunch’: Aimee Shemwell Was Pregnant When She Tragically Died
Amy King Reveals Son Daxton Has A New Modeling Gig – Photos
Did Jason Duggar Chaperone Jana During A Trip To Texas?