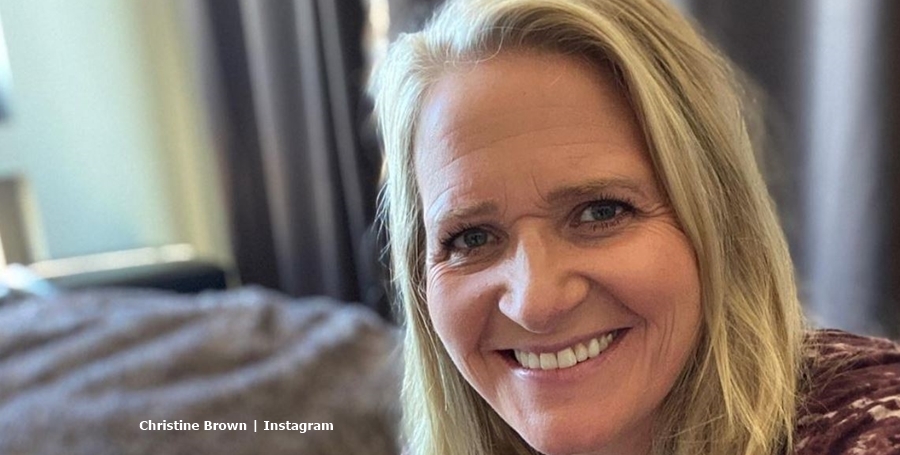 Some Sister Wives fans are not feeling all of the hate on Christine Brown’s Instagram. What’s going on that has fans of the TLC personality at each other’s throats? Keep reading for the details.

Christine Brown of Sister Wives took to Instagram to share a glamour shot yesterday. While they were few and far between… Some fans thought she looked absolutely stunning in the photo. She was glowing. Clearly happy with the direction of her life. She was losing weight. And, she was pursuing all sorts of business ventures. But, was she healthy?

Some Sister Wives fans express concern for her wellbeing. Some admit they thought she looked a little “manly” in the photo. Likewise, there were some who argue the photo isn’t actually Christine. Does she have a lookalike taking photos of her? Theories continue to swirl. And, so do the attacks on the photos.

In fact, the comment section of this photo quickly became very toxic.

Some Sister Wives fans express disgust in the negativity

Christine Brown has just shy of 400,000 followers on Instagram. It’s safe to assume all 400,000 of those people are not trolls. Some of them genuinely like Christine Brown and her family. Those who like this Sister Wives star were quick to rush to her defense in the comments. Likewise, they express disgust in how toxic the comments of this post became.

Omg!!! Would you people talk like this to a person to their face? Jesus. Stop criticizing her!! Even doing it in a ‘nice way’ or ‘just trying to help out’ is insulting and rude. Don’t give me the, I would say the same things to my friends bullsh** either, because you aren’t her friend.”

Another fan agreed: “Oh wow the comments on this photo are absolutely horrible. Getting older and obviously lost some weight. Leave her alone she is perfect the way she is and so is every other person. Why always the need to comment on someone’s looks.. just stop it. You have no idea what that does to a person.”

The comments rushing to her defense had a fraction of the likes compared to the negative comments. So, it was clear Christine had more hate than love from her fans. That being said, those supporting her grew concerned. They worry what the massive amount of negative comments would do to her mental health.

Did you have thoughts on her latest selfie? Do you think Sister Wives fans are being too harsh? Share your thoughts with us in the comments.