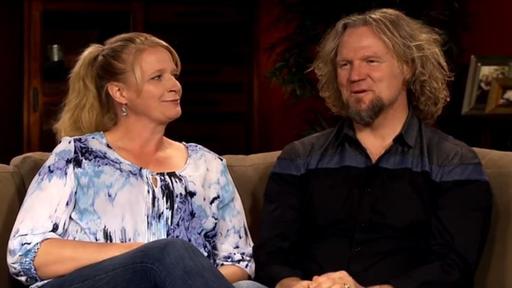 Christine Brown of Sister Wives posted a photo on Instagram that has concerned. Concerned for her well-being. Truthfully, most note the photo looks unrecognizable. Moreover, many express concern something is wrong with Christine. Truthfully, there are a lot of theories about her latest selfie floating around.

The comments of Christine Brown’s latest selfie are horribly negative. The overwhelming majority of her fans have nothing nice to say. One follower, however, noted Christine looked a little “manly” in the photo. And, this was not the only fan who felt this way. Several other fans agreed. The photo looked a bit like a man rocking drag.

The comment calling the Sister Wives star manly was liked nearly 100 times. So, this was very clearly not the only person who felt this way. Take a look at the photo below and see if you think this looks like a man in drag. 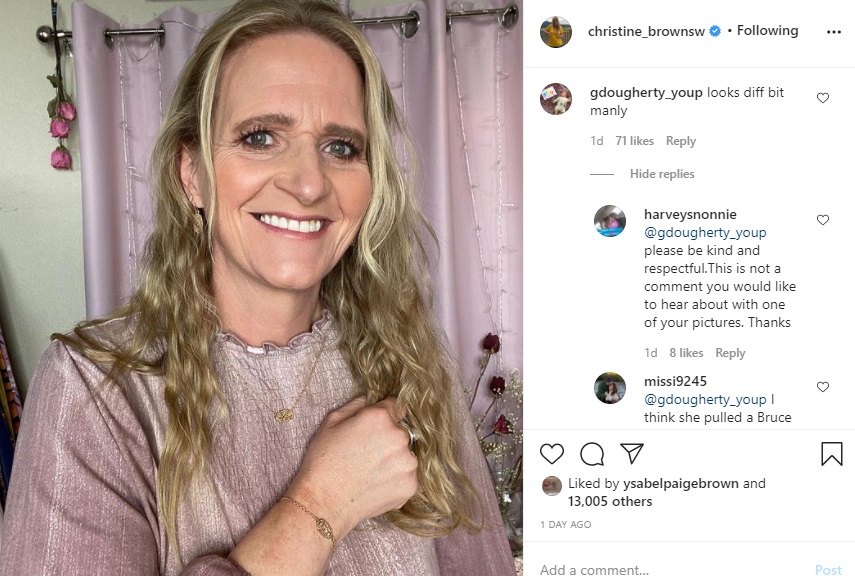 As you can see by the screenshot above, Christine Brown did have some support in the comments too.

Some Sister Wives fans were disgusted by the accusation

There were some Sister Wives fans who were outright disgusted by the comment. They could not believe anyone would be so rude as to boldly post something like this.

“Please be kind and respectful. This is not a comment you would like to hear about with one of your pictures. Thanks,” one supportive follower fired back.

Noticeably, the comments defending Christine Brown did not have nearly as many likes or responses. Moreover, there were others who agree they also thought Christine was looking a bit manly in this photo.

Has Christine Brown responded to the negativity?

At this time, Christine Brown has not responded to the negativity on her Instagram. She does not appear to have responded to a single comment. And, those who have looked know there’s a ton of them. Those who love Christine can only hope the intense criticism does not bother her too much.

Is Christine Brown Posting Selfies Of Someone Else On Instagram?

So, do you think she looks like a man in this photo? Are people being too cruel to her? Share your thoughts in the comments down below.