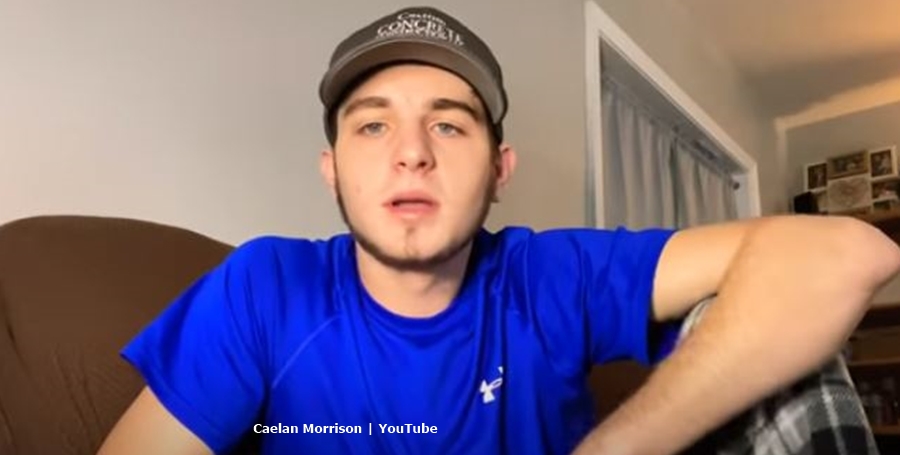 Caelan Morrison just posted a clip on TikTok of him dancing around with the kids. Will McKayla freak out? Well, it’s worth asking. After all, it’s been a year since the Unexpected star shared photos of her children, Gracelynn and Timmy on Instagram. Bear in mind, that Caelan fought for suicide and visitation rights. So, will his actions jeopardize that?

We reported that McKayla and Caelan went through a tumultuous time. They split, and she started dating someone else. Notably, her family approved of the boyfriend. But it didn’t last long, and they got back together again. TLC fans thought that Caelan spoiled her with her own house and his income from a good job. After all, she didn’t work. But, for whatever reason, they finally broke up for good. And that left Caelan fighting for visitation rights with the kids.

And, the Unexpected mom took out a Temporary Restraining Order (TRO) on Caelan Morrison. But the good news is that the courts awarded weekend custody to him. At one stage, McKayla’s mom got in touch with Caelan about seeing the kids. But he never responded, which fans thought was a good move. After all, the TRO applied to not being in contact with any of McKayla’s family. It’s not clear though, that McKayla would agree to Caelan Morrison putting up videos of the kids on TikTok.

On January 12, @tlc.unexpectedtea on Instagram shared the TikTok video. And fans immediately thought McKayla might become rather angry about it. One of them noted, “I feel like him and mckayla should talk about the kids and social media presence. Idk if it were me I would like other family members to respect my wishes..”

Others also agreed, and one of Caelan Morrison’s fans suggested, “she doesn’t post them I’m pretty sure. so he should do the same and respect that, it is for the safety of his children at least. there’s so many creepers out there 😭”

Someone else also talked about the kids on social media. They wrote, “Not him posting a tik tok after @mckayladkins literally saying she doesn’t [want] her kids on tik tok 😑 the disrespect from this kid is astonishing.”

McKayla reacts to the TikTok video

McKayla arrived in the comments, and she sounded very unhappy. The Unexpected star wrote, “I love how one of the very few times he has actually spent time with his children he can post a 15 sec tik tok and people think he should have custody of the kids. This world is insane.”

But not all fans of TLC agree that McKayla’s the best role model of a mom. Some of them slammed her for smoking weed. One of them noted, “Mckayla is enjoying herself by getting drunk and smoking weed when her kids are away. I will not be surprised if she smokes inside the house when her kids are around. That’s my honest opinion, folks.”

What do you think about Caelan Morrison sharing a video of the kids on TikTok? Do you think he should respect McKayla’s wishes? Sound off in the comment below.