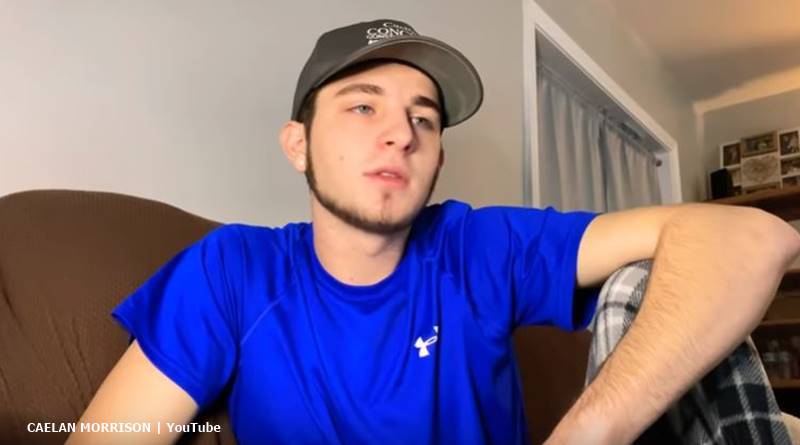 Unexpected fans heard at the end of January, that McKayla and Caelan split again. This time, it looks like their attempts at living together seem over. Both the parents of Gracelynn and Timmy shared their side of the story on social media. Since then, it emerged that McKayla applied for a Temporary Restraining Order (TRO) on Caelan. But the good news is that the courts now awarded weekend custody to him.

Unexpected fans long urged Caelan to get the courts involved

In the last season of the show, fans grew so irritated with McKayla. In fact, they took to Twitter and urged Caelan to try and get courts to protect his custody rights. One person said, “Caelan needs to go ahead and get the custody agreement filed because McKayla is the type of child to keep her kids away from their father.”

The couple split then got back together, and for a while, things seemed fine. But TV Shows Ace reported in late January that McKayla returned to her grandparent’s place across the road. At the time, Caelan said that McKayla “won’t let him see the kids.” However, we also reported that McKayla claimed that Caelan didn’t even ask to see the kids for”three days.”

But, that might not be exactly how it all went down. Looking into things, Katie Joy of Without A Crystal Ball on YouTube notes that McKayla’s mom tried getting in touch with Caelan but he never responded. However, as Katie points out, the Unexpected dad might have been very wise not to reply.

Caelan needs to go ahead and get the custody agreement filed because McKayla is the type of child to keep her kids away from their father. #unexpected pic.twitter.com/JF1h4csN4A

— The Fourth Letter Of The Alphabet (@LilThunderKat) September 16, 2019

Wise not to respond after TRO, weekend custody granted

McKayla, for reasons unknown, applied for a TRO against him. As Katie noted, if he responded to McKayla or any of her “immediate family,” he might have violated that order. Katie noted that her sources suggest the TRO won’t really go anywhere. But, that doesn’t mean he could violate the terms and conditions of it. But, there’s very good news about the custody side of it for Caelan.

According to someone in his family, Katie said he appeared in court and it went very well for him. The courts decided that he can see his kids from 6 pm on a Friday to 6 pm on a Sunday for the next month or so. Then, the courts will reassess. So, for Unexpected dad Calean, that’s great news. He won’t need to talk to grandparents or mothers or anyone else to get to see Timmy and Gracelynn.

What do you think about Caelan finally getting the court to help out with custody issues and the kids? Sound off your thoughts in the comments below.