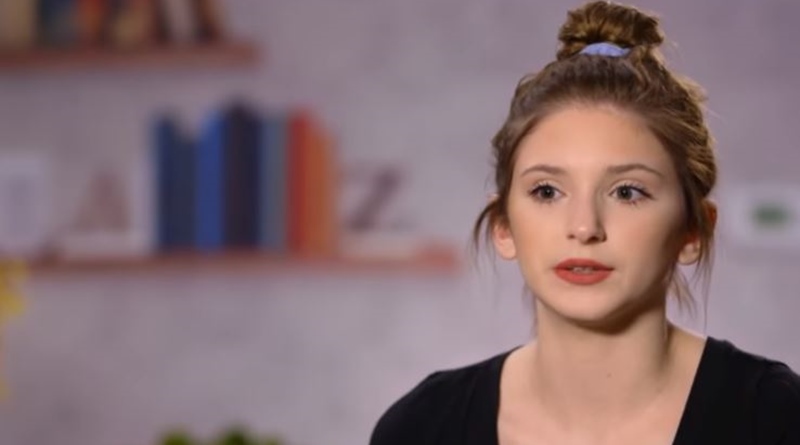 Unexpected fans know that things are not going well for McKayla Adkins and Caelan Morrison. TV Shows Ace reported that she moved on, and disallowed some visitation by Caelan. Fans seemed relieved that Caelan was free to get on with his own life. But, now it looks like she’s being super-friendly with him again. Is it her being fair on him and the kids, or does she want him back? It was just about a week ago she said she was moving on, would not have more kids, and would consider marrying in around 10 years time. But now, she shared her vlog on YouTube showing Caelan enjoying time with the kids.

Fans got furious with McKayla, as she wouldn’t allow the Unexpected baby daddy to see the kids. In fact, she also hated letting his mom spend time with the kids. Over on Twitter, fans of the TLC show felt it was time to take her to court. After all, he tried providing for his family, but she felt he didn’t do enough, like staying in, staying home, looking after her and the kids. But, it turns out he got some visitation rights from the courts.

In the vlog, we see that Caelan now gets Sunday afternoons with the kids. For four weeks, he sees them at her grandparents’ place and then he gets them at his place for four weeks. Fans should at least feel a bit better about that. After all, we don’t know if we’ll see them in another season.

McKayla IS the problem with her relationship with Caelan. She wants to change the kids last name, she doesn’t want his side of the family to see the baby. She broke up with Caelan because he had to work long hours to provide. Somethings wrong with this girl. #unexpected pic.twitter.com/Jaa2FquG4A

McKayla confirms she and Calean are split, but co-parent as he got visitation rights

The couple broke up, she confesses but notes that they do co-parent. Well, no thanks to her from the sound of it. After all, Caelan had to get the courts to make a decision for him to see his own children. So, in the video we see them going to Target because McKayla wants “to go to Target.” Also, there are some shots of Caelan with the kids. Actually, the kids interact with their dad, but he says very little. Certainly, it looks like things are a bit cool between the Unexpected couple.

Later, we see them at home with the dog, where Caelan and his baby look like they’re having a bit of fun, anyway. So, McKayla says people might not remember Domino the dog. And, finally, Caelan says something, noting “everybody remembers Domino.” The cat starts playing with Timmy. Normal stuff, you would think. But fans don’t like the idea of them together again. Concerns grow that maybe she’s pushing to get him back. So many Unexpected fans think Caelan should see the kids, but they don’t want to see her stifle who he is.

Mind you, the chances of a full reconciliation seem slim at the moment. In the vlog, Caelan looks into the kids, but certainly not enthusing about his ex. What do you think? Does she want him back? Or is she just being fair about complying with the court visitation rights?  Sound off your thoughts in the comments below.