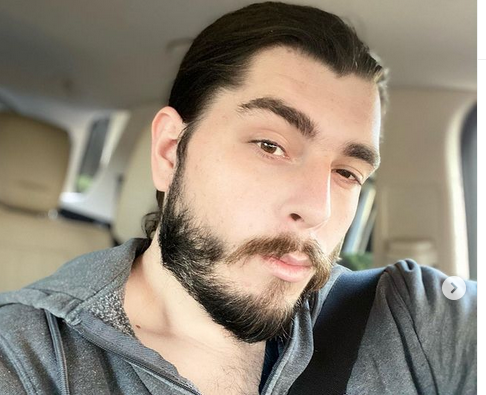 New 90 Day Fiance couple, Andrew Kenton and Amira Lollysa joined the reality show in Season eight. After their Las Vegas engagement, Amira was to move to America. However, the borders were closed, and Amira’s VISA was going to expire. Andrew’s master plan to get her in through Mexico failed, and she ended up detained in Mexico.

Andrew does too little

During the episode, Amira’s father face-timed Andrew. He had not heard from his daughter since she arrived in Mexico. Andrew informed him that he was also trying to find out where she was. Amira tweeted, “So emotional right now seeing my dad like that,” with the FreeAmira hashtag.

Amira shares proof on her Instagram disputing claims her detention was staged for ratings. She reposted documents from @fraudedmedia that mentioned she was deported back to France on the 13th of June. She wrote,” As you can see nothing is staged.” In another story, she shares a thread that explains the French native was detained for three days and two nights.

Fans were quick to drag Andrew for not doing enough to get his girlfriend out of Mexico City. Viewers watched as he walked around the hotel room, making phone calls. The preschool owner could not find someone who could translate Spanish for him.

One TLC fan wrote under Amira’s IG post. “I’m sorry but if I knew my loved one was in detention, there was no way I’m leaving the airport until I got some closure of where they might be. I would camp out there until then no doubt. Andrew definitely failed you!” 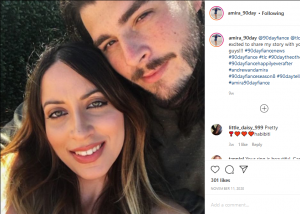 Andrew Kenton and Amira Lollysa; Are they still together? Andrew defends himself

According to @fraudedmedia TLC, they tried to get Andrew to fly to Mexico City, but he refused and insisted on staying in Puerto Vallarta. Many saw him as a coward for this move. “He’s a punk. Risked her getting detained but he didn’t want to run the same chance smh” Supporters of Amira said it was inconsiderate of him to leave her in Mexico. He had said during the recent episode. “I knew it was a risk but I was optimistic. There was a lot of risk going to Mexico.”

While everyone online was calling him out for his actions. Andrew posted chats between him and Amira to his over one thousand Instagram followers. “Here is the truth: Amira was the one to make the decision, she was on the forum, she bought the ticket, chose the date, and much more! Want to see something interesting? Ask for her detention paperwork.”

He mocked the trolls coming for him on his next post with some angry faces. “Who cares! You didn’t want to go to Mexico City. Who cares! You made the plans and all the decisions” He finished by writing he was a terrible person.  It is unclear if  Andrew Kenton and Amira Lollysa are still together at the moment.