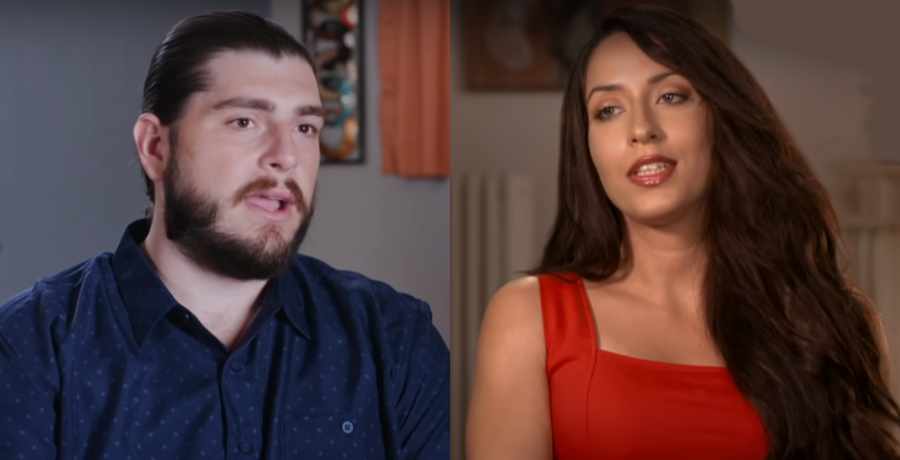 Andrew Kenton has joined Season 8 of 90 Day Fiance, along with his French girlfriend, Amira Lollysa.  One of the newest members of the TLC family, Andrew has only appeared in a few scenes so far. Even so, Kenton has already experienced problems with the show’s editing, which he says makes him look “dorky.” In fact, some fans have compared Andrew to 90 Day Fiance: Happily Ever star, Colt Johnson. Ouch! It is time to get to know him a little better and find out more about his job.

Like most 90 Day Fiance couples, Andrew met Amira through an international dating site. After chatting online for a while, they made a plan to meet up in Las Vegas. The couple became engaged within three days of their meeting. Andrew and Amira then decided to get married on the TLC reality show.

There was a problem, however. Shortly after Amira received her visa, US President Donald Trump declared a travel ban on incoming European visitors due to coronavirus. However, Andrew, who hails from Roseville, California, found a potential “loophole.” The pair planned to meet in Mexico and quarantine for 14 days. Their plan was to then cross the border into America.

Once again, things didn’t go as they planned and Amira is now stuck in a detention center in Mexico. In the meanwhile, Andrew is trying to find out exactly where she is while relaxing in his hotel room. As a “humble daycare dude,” there wasn’t really anything further he could have done.

What does Andrew do for a living?

According to Andrew’s Instagram bio, he is a “preschool Owner, an author, and a poet.” On 90 Day Fiance, Kenton explained that he runs a daycare center with his mother, Lori Kenton, in Roseville, California. The daycare business goes by the name, “Kenton, Lori & Andrew” and caters to a maximum of 14 children. The mother and son duo takes care of children aged between 0 to 12 years and does not provide any subsidized childcare program.

Daycare.com states that Andrew and Lori’s daycare looks after children from 6 a.m. to 6 p.m. The TLC reality star rightfully said that his job takes up most of his time, leaving little time to meet dates in person.

After an unannounced inspection was carried out at their daycare in February 2020, the evaluation report says everything was in place. According to the report, the “licensee (Andrew’s mother), her assistant Andrew and 10 daycare children” were present at the time. As noted by Screen Rant, a daycare owner can make on average $37,000 to $60,000 per year. This gives the impression that the 90 Day Fiance star is likely making somewhere in between for his work.

Once Andrew and Amira are together, should their relationship flourish, he will certainly have the means to look after her.

‘Married at First Sight’: Bennett Brings in the Views
‘Conspiracies Decoded’ Exclusive: Is Yellowstone Primed To Erupt Or Is It A Hoax?
‘Animal Kingdom’ Renewed for Sixth and Final Season by TNT
Family Chantel’s River Knight To Release New Music
‘MAFS’: Watch Jamie Otis Pee On A Stick, Is She Pregnant?