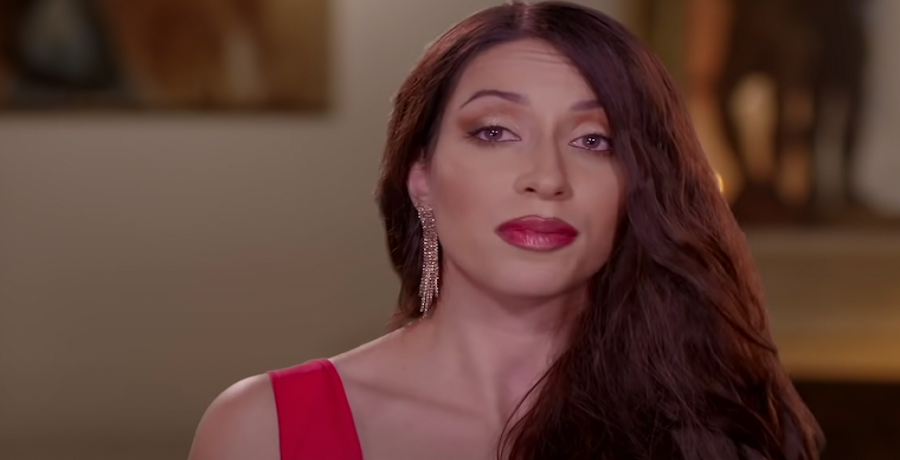 90 Day Fiance fans looked forward to Amira Lollysa and Andrew Kenton’s story. But now they’re left with lots of questions. Amira was detained in Mexico after she traveled from France in hopes of entering the U.S. with her fiance. Andrew found the idea on Reddit and it looks like it didn’t work.

Andrew and Amira first met online. The couple got engaged three days after meeting up in Las Vegas. Andrew finished the K-1 visa process for Amira. She was issued the visa before the U.S. enforced a travel ban on European countries at the peak of the COVID-19 pandemic.

The expiration date on her visa was quickly approaching. So, Andrew found a loophole to get her into America. He told Amira to travel to Mexico and self-quarantine for 14 days. And then, she could enter at the U.S. Border.

But Amira ended up detained by Mexican customs the moment she got off the plane. Now, 90 Day Fiance fans are wondering if her storyline is for real.

On Tuesday, January 12, Katrina from @fraudedmedia shared a copy of Amira’s detention papers. It appears that storyline on 90 Day Fiance Season 8 has some truth to it. Amira arrived in Mexico on June 11, 2020. Not only did she face detainment, but she also faced deportation on June 13th. One fan noticed that the reason why she got deported was that she didn’t have a passport.

However, some fans have questions. If Amira didn’t have a passport, how did she fly to Mexico in the first place? Maybe her passport expired within six months. If that was the case, how did she get past the Transportation Security Administration? Amira had a passport to fly from France to Amsterdam and then Mexico. And she previously flew to the U.S. before.

Also, @fraudedmedia also shared an interesting tidbit on Instagram Stories. Katrina spoke with production and they said they tried to get Andrew to fly to Mexico City to meet Amira but he refused. He wanted to remain in Puerto Vallara without her. That’s why fans saw footage of Andrew sulking in his hotel room on Sunday night’s episode. But wait, there’s more. Andrew gave his side of the story with @thecelebtalkguy. He even shared screenshots of his text message conversation with his fiance. Andrew is backtracking on his previous story. He claims that he didn’t force her to travel and that she was the one who found the loophole on Reddit.

“Here is the truth: Amira was the one who to make the decision, she was the one on the forum, she bought the ticket, chose the date, and much more!” Andrew wrote in the caption. “Want to see something interesting? Ask for her detention paperwork.”

There are a lot of questions about what happened. 90 Day Fiance fans don’t think Amira’s storyline adds ups. There’s still a lot of questions as to how she got on the flight in the first place. Fans flocked to the Instagram post to share their thoughts.

“TLC, they are so full of it,” one fan wrote. “Fake storyline after fake storyline… You can tell how little they think their loyal viewer, by the lies they think everyone is going to believe…”

Others claim the storyline is too confusing to keep up with. They don’t know what to make of it.

“What the whaaaat????” one fan wrote, to which another added, “Are you going to make a video on this? Make it make sense lol. I’m confused.”

Even if the storyline is real, Andrew is trying to pass the blame on Amira. On the show, she felt pressured to visit him amid the coronavirus pandemic. Andrew told her he would resent her forever if she didn’t visit him. Now, it looks like the story has changed.

What do you think? Do you think Amira and Andrew’s storyline is fake? Sound off below.