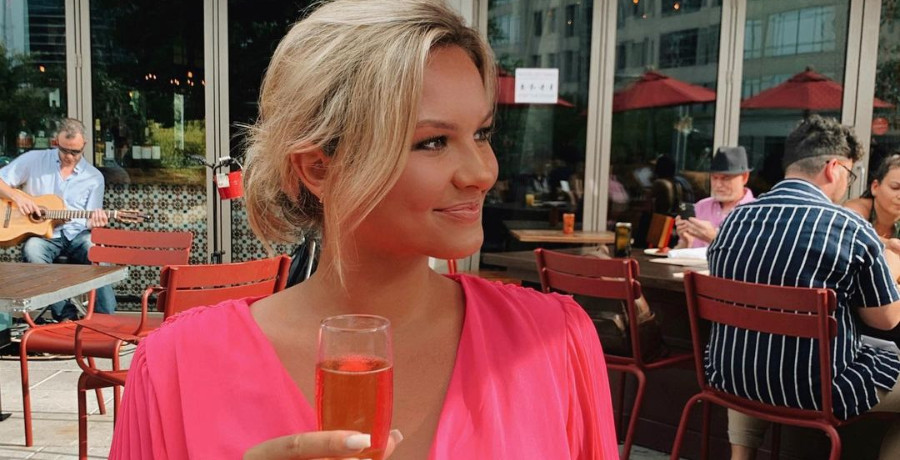 Emmy Medders knows where her loyalty lies when it comes to makeup. On a Q and A for her Instagram followers, Chase Chrisley’s girlfriend shared some information about herself. Chrisley Knows Best is returning soon and fans are dying to see the two of them together on the show.

One thing she got asked was what her favorite makeup was. She said, “@sassybysavannah kills the game. Eyeshadow, lipstick, everything!” She’s speaking, of course, about Savannah Chrisley’s makeup collection. Savannah’s sold out collection has gotten a lot of praise for being high quality and affordable.

What Else Did Emmy Medders Reveal In The Q And A?

Chase and Emmy Medders aren’t shy about showing their love for each other on Instagram and other platforms. They both send adorable messages and posts to each other often. All of their cute pictures are met with fans fawning all over them.
Emmy revealed a bit more about herself in the posts to her story and fans were eating it up! They asked what kind of facial cleaners she used, keeping with the beauty theme.

Emmy said her skin had been giving her so much trouble because of hormonal acne. She also revealed she had multiple allergic reactions. She tagged a friend and said they turned her onto Zo Skin cleanser. Emmy said her skin reacts poorly to everything because it is so sensitive and this cleanser works for her. 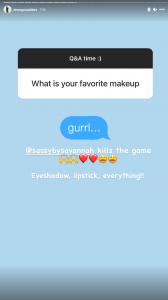 Emmy Medders revealed things fans have really wanting to know like her birthday and her age. Emmy also talked about some fun things like whether she likes pizza or hamburgers better. It’s pizza of course, which she shared with pizza stickers. She also shared some of her pet peeves about Chase in a loving way. Recently she shared a video of herself rubbing his face and calling him a diva.

Fans love Emmy and one posted on her Instagram reel for 2020, “Emmy – You’re clearly a kind-hearted person and my company and I wish you absolutely nothing but abundance.” On Chase’s Instagram fans are wishing the couple well too. One said, “Good for you Chase! You deserve the best! You are an awesome person with a good heart.” Several fans think the couple looks like a mini-version of Julie and Todd. As for her beau’s father, Emmy jokingly said, “he’s a walk in the park.” She then said, “just kidding, I love Todd.”