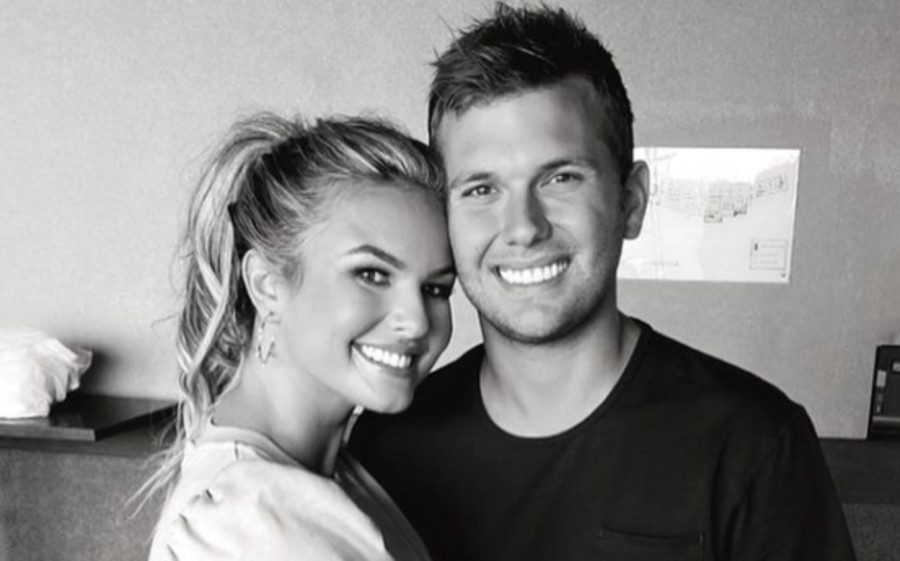 Is it possible Chase Chrisley is just like his father? Fans of Chrisley Knows Best knows the patriarch of the family is high maintenance. He famously gets Botox shots in his kitchen and adores high fashion. Chase’s girlfriend Emmy Medders shared a video to her stories showing a scruffy Chase lying down and her massaging his face. He has a fluffy blanket pulled up underneath his chin.

Medders added some cucumber slice stickers on his eyes. She captioned the video, “@chasechrisley diva.” At the end of the video Chase opened his eyes and smiled at the camera.

Fans Made Interesting Comments About Chase Chrisley And Emmy

In a picture on Instagram of Chase Chrisley and Emmy, she captioned it, “love you with my whole heart.” One fans said, “you look like mini versions of Todd and Julie! And that’s a compliment!” Another fan said, “she looks just like Julie.”

Not sure if it would be weird for a fan to tell you your girlfriend looks like your mom. Fans are happy for Chase. One said, “ya’ll are so cute. Hope Emmy will be on future Chrisley shows.”  Another fan commented on a picture of them saying, “she’s stunning.” 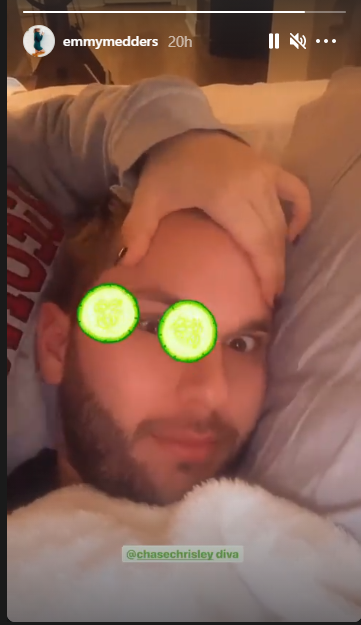 The Two Have A Sweet Relationship

Emmy also shared a reel of 2020 in 60 seconds and included some highlights including bonfires, getting a COVID test, and a lot of Chase. She also shared a loving picture of her parents together saying, “I love these two more than anything.” It shows she’s a family woman which is good for Chase who is really close with his.

In a older video on her Instagram she and Chase Chrisley share a kiss. She said, “God placed this boy in my life right when He knew I needed him most. His continuous love for me, support, and encouragement keep me going.” She told him thank you for making everything fun and everything he did. “I’m so lucky to love you!”

The Reality Star Is Smitten With His Lady

Chase responded, “I love you.” On his Instagram in a birthday message to Emmy, he shared the love as well. “Happy birthday to one of the most beautiful human beings inside and out that I’ve ever had the pleasure of knowing. I love you more than life itself.” As TV Shows Ace reported, she isn’t scared to defend her love against Instagram trolls. She stood up for herself when one came for her on Instagram.

What do you think about Chase’s girlfriend? Do you hope to see her on the new episodes of the show soon? Comment with your thoughts below.