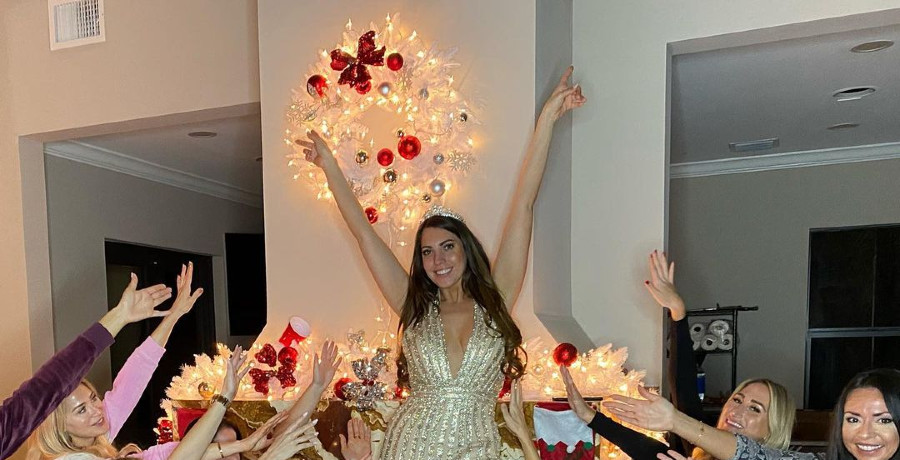 Every season of shows in The Bachelor franchise must have a villain! Sometimes it takes a few episodes for them to reveal themselves, but others are easy to spot from the get-go. It was blatantly clear to viewers which contestant is getting the villain edit on Season 25 of The Bachelor.

Victoria is The Bachelor’s Evil ‘Queen’

Victoria Larson designated the tall drink of water as her “King,” and herself “Queen Victoria.”

Predictably, she wasn’t there to make friends and certainly succeeded in that. In the first episode of The Bachelor, a moment alone with the lead is essential to sticking around. Well, “Queen” Victoria got her moment.. And then some.

After trying to cajole one of her competitors to approach Matt, Victoria took it upon herself to steal him away for a second time.

VICTORIA on the Bachelor IS LITERALLY IF COVID WAS A PERSON.

Victoria and Kit are only there for clout, or as Bachelor nation calls it, “the wrong reasons”

Matt James didn’t seem to have much use for Victoria, but did she manage to snag a rose?

And The Final Rose of the Night Goes To…

“Queen” Victoria was angling for the first impression rose with her antics. However, that went to Abigail, the early fan-favorite for Season 25. In true Bachelor Nation fashion, the suspense of Victoria’s fate dragged on and on.

Ultimately, Matt James DID utter those words, “Will you accept this rose?” to the self-titled “Queen.” After 24 previous seasons, fans weren’t surprised. In fact, for several years now, there have been rumors that producers are the ones picking who stays and who goes.

Bachelor fans – or hate-watchers – took to Twitter to express their displeasure at Victoria getting a rose. A few called out the producers for forcing Matt James to keep Victoria for at least another week.

Listen,we all know the producers make the leads keep certain people a while for drama. But if you didn’t ever believe it-now you know. No WAY in hell @mattjames919 picks that sweaty dog, Victoria. None!
His eyes were dead saying her name@BachelorABC #Bachelor #TheBachelorABC

While viewers won’t know Matt James’ final pick for quite a while, it seems clear that Victoria is this season’s “bad girl” that viewers love to hate.

Do you agree that Victoria is the villain of the season? Or do you like her? Let us know your thoughts in the comments down below. Or follow our Bachelor Facebook group to chat with like-minded fans!

The drama on The Bachelor continues Mondays on ABC.