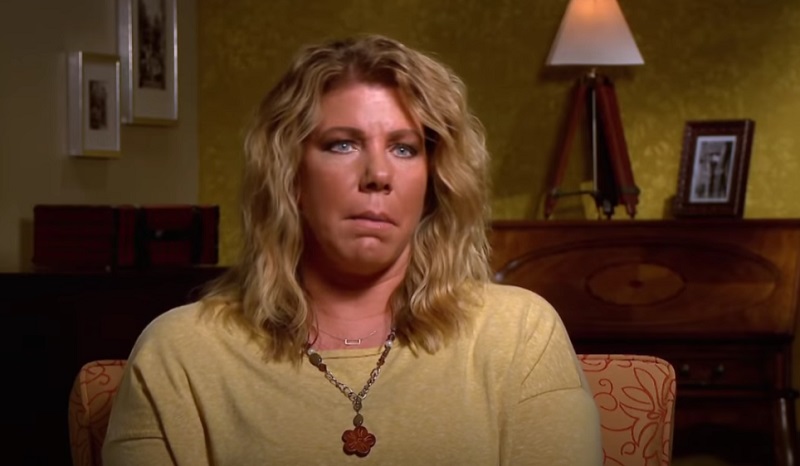 It looks like Sister Wives‘ star Meri Brown found a very trustworthy soul to listen to all her recent troubles and triumphs. The best part about this for the Sister Wives celebrity is that there’s no chance of a leak springing up. Whatever she talks about stays between them.

Meri Brown posted the adorable photo below that shows a dog seemingly listening to her intently. Her hashtags on the post just mention “Good Dog” so it’s probably a friend’s pup she’s talking to. Another dog is also seen in the corner of the picture. 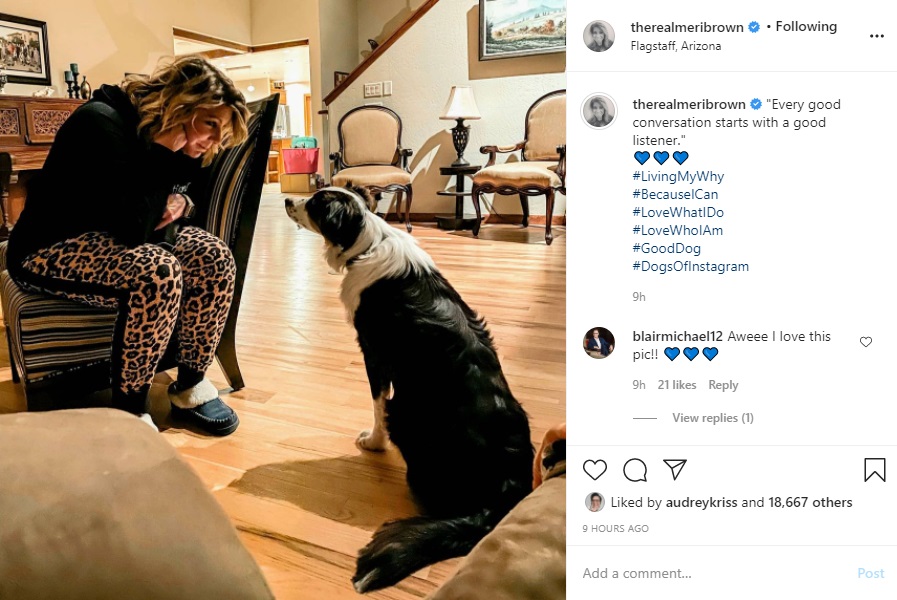 Meri’s daughter Mariah has two dogs that often come and visit with her Sister Wives mom. But these dogs don’t look like the pups Meri calls her grandbabies.

It’s easy to see the difference when you compare the dogs in the photo with Meri to the dogs with Mariah below. 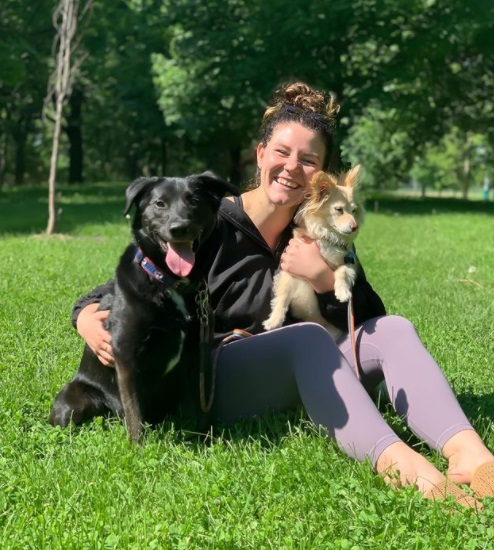 Whoever owns the pups in the photo with Meri Brown is probably visiting her. The Sister Wives B&B owner loves dogs so much that guests at Lizzie’s Heritage Inn are welcome to bring their four-legged family members.

Where Is Meri Brown In That Photo?

At first, you might think Meri is at Lizzie’s because of the antique furniture in the room. But when you look again and see that staircase and the high ceilings, it appears she’s at her Flagstaff home.

Today all the Sister Wives ladies live in their own homes. Meri has two places to call home these days. One in Flagstaff which she rents until they build their forever homes. Then there’s Lizzie’s, which Meri owns all by herself.

Sister Wives: Gone To The Dogs

Meri spends time with Mariah’s dogs, especially Mosby. She even has an Instagram video dedicated to that pup. It seems all the Sister Wives ladies have dogs running around the house except for Robyn Brown.

As far as Meri goes, she would love to have Mosby full time. But her work at LuLaRoe takes her away from home too often. Janelle Brown and Christine Brown often post photos and you can see their dogs interacting with the family members.

Robyn is the only Sister Wives lady who doesn’t post at all for her fans. But when she’s seen on the series, they don’t seem to have a dog at their house.

Anyway, it looks as if Meri found someone to listen to her today. The dog does look fascinated by what Meri Brown has to say. The beauty of this for Meri is that she doesn’t have to worry about the pup leaking what she says to the media.