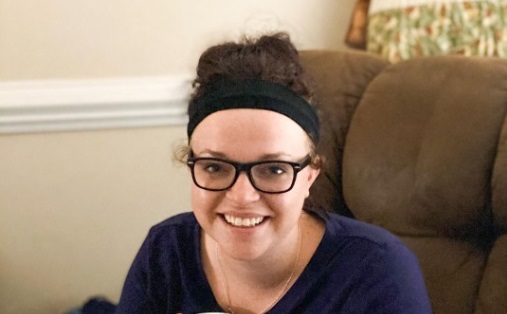 The adult daughter from the Sister Wives family, Maddie Brown Brush, recently enlightened her followers as the new year gets underway. Maddie has become something of an icon of a mom over the last year after life dealt her a few tough cards.

But they didn’t turn out all that tough for this young Sister Wives mom of two.  She worked through problems and unintentionally became an example for many parents out there. But today she focuses on the intentional.

Sister Wives: Maddie Brown Gets Thumbs Up Mom As A Mom

Evie was born with FATCO syndrome, which left her missing bones and appendages. This is not a diagnosis any parent wants for their child. But it happens and Evie came into this world with problems due to this syndrome.

Decisions on her treatment were not easy for this familiar face from the Sister Wives series. Maddie and her husband Caleb Brush needed to consider Evie’s future. They made a very hard call of having their daughter go through an amputation which paved the way for her to wear a prosthetic so she could walk. 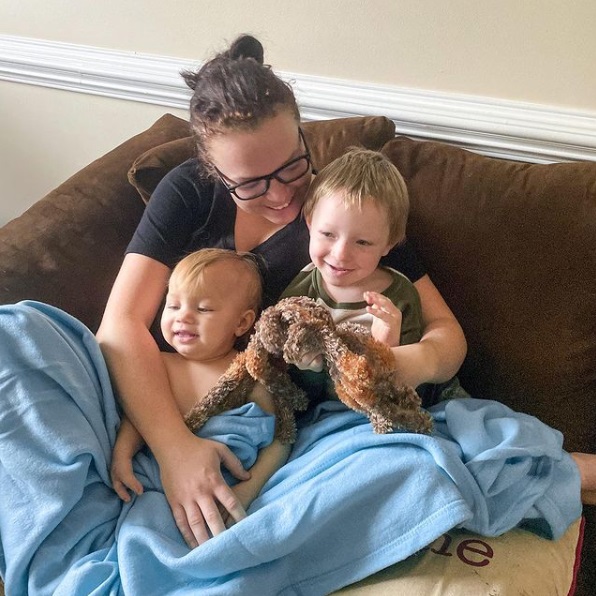 This tough call did get some minor backlash online from Sister Wives followers. But Maddie tried to explain this as best she could. She told her fans how she and Caleb didn’t make this decision lightly.

Besides doing tons of research on this, she also talked to doctors to be able to make an educated decision on the amputation. Well, it turned out just fine as little Evie, walks, runs, and even dances with her new prosthetic.

Sister Wives fans everywhere are in awe of how far she’s come in such a short time. They applaud Maddie for this tough decision as well today because it gives Evie so much more quality of life.

Maddie Puts Year Behind Her and ‘Intentionally’ Looks Ahead

Maddie became an inspiration to other parents making a huge medical decision for their son or daughter. Now young parents everywhere follow this Sister Wives mother and wife.

One of her recent posts is also bound to inspire Sister Wives followers everywhere. She shared how each year she picks a word with Caleb to follow and use through the following 12 months.

This year’s word is interesting because it can be used to guide you. The Sister Wives young mother picked out “intentional.”

This Sister Wives offspring also plans on being more intentional with her time, her health, her purchases, and her living space. She’s leaving nothing to chance. 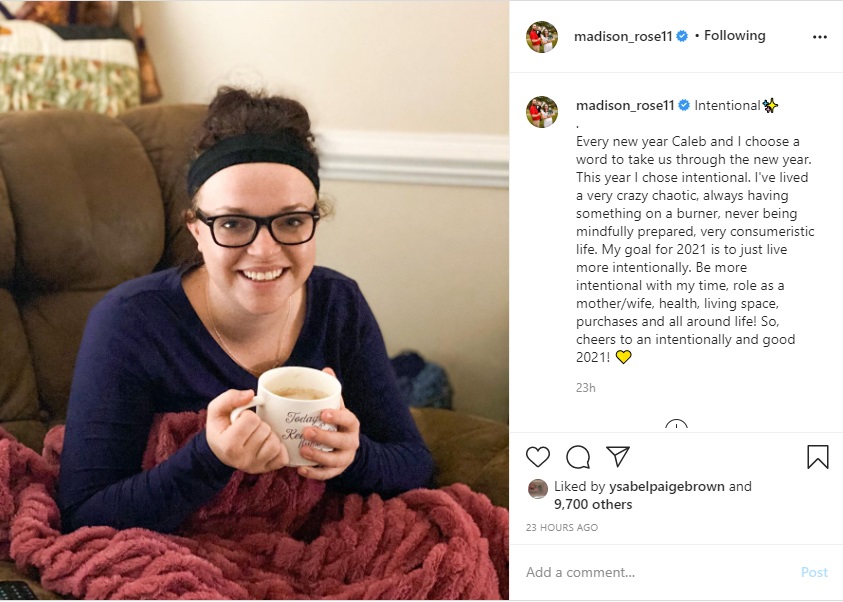 Maddie took stock and sees herself living chaotically at times. This includes putting things on her Sister Wives‘ back burner.  No more. She’s now going to live in the moment.

That’s going to take some work. She’ll need to concentrate on the task at hand even if it is as mundane as grocery shopping. It also sounds like this young mom plans to get more intentional about doing things in a timely order. No more putting it off, she’s getting intentional about all aspects of her life.

So, when the new Sister Wives season rolls in, look for Maddie Brown Brush. Whatever she’ll be doing, if this tactic holds, she’ll be doing it intentionally.