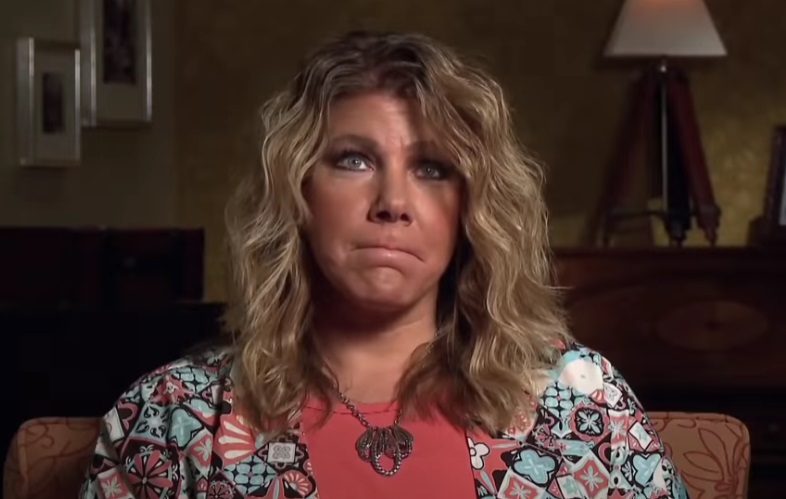 Sister Wives star Meri Brown seems more independent today than she’s ever been but recently she found herself under someone else’s thumb. By now fans of the TLC reality series know that the Sister Wives clan got together for the holidays. Kody Brown had all four of his wives, along with their kids, around him for Christmas.

This holiday gathering included Meri Brown as well. Just in case the fans wonder what’s up today with the first wife and the family, she was there. While Meri finds friction from her Sister Wives husband and co-wives from time to time, the kids seem immune to this.

Christine Brown’s daughter, Gwendlyn Brown, dropped a clip of the Sister Wives Christmas shindig online this weekend. Meri Brown is seen being monopolized by a couple of the family’s teenagers in the group. 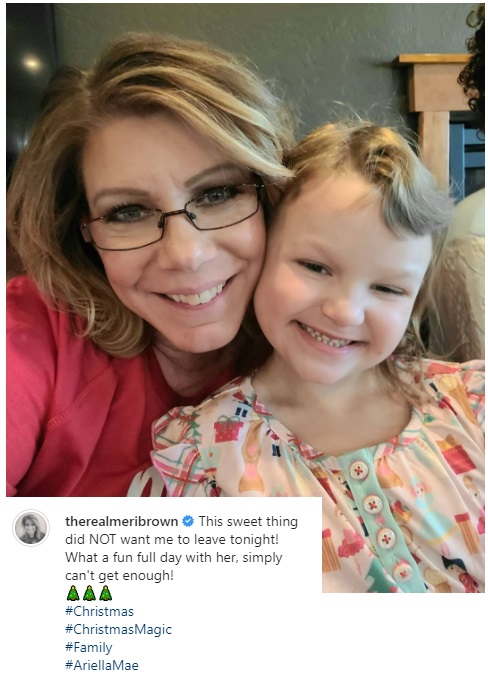 But later on, it looked like someone else took all Meri’s attention. Kody’s first wife posted a photo of herself with little Ariella Brown. She’s the youngest of all the Sister Wives kids.

This 4-year-old turns 5 next month but she’s still the baby of the family. Although, the third grandchild for this family is due in a few months when Mykelti Brown Padron gives birth to a daughter.

It looks like this little angel Ariella gravitates towards Meri Brown. In the latest photo from the Sister Wives number one wife, Ariella is right there on her lap.

Meri captured this new pic for her Sister Wives fans. She describes how her little buddy, Ariella, would not let her go home. It appears as the party breaks up, everyone heads home.

But Meri meets with a roadblock. Still, it sounds like a rather lovely delay for this mom of one. It seems Meri shares a strong bond with both of Robyn Brown’s two youngest children. She often refers to Solomon Brown as her little buddy as well. 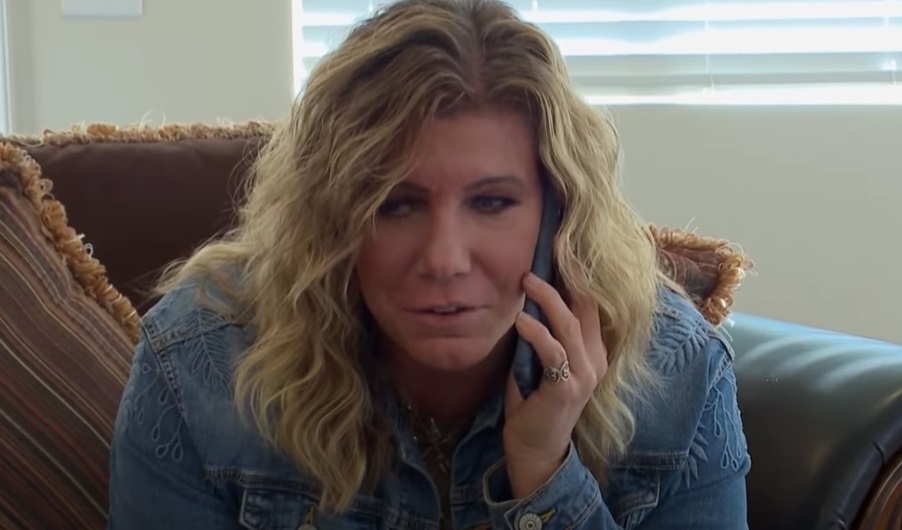 From what Meri said on social media, Ariella Brown sounded so enamored by her that she wouldn’t let her leave. So, in a round-about way, this speaks to the amount of time Meri spends with these kids.

They seem to share a close relationship and that would involve spending quality time together. So, the rumors about Meri’s estrangement from the family don’t seem to fit in here.

Sister Wives: Meri Brown Used To This By Now?

This isn’t the first time fans got a glimpse of Meri and Ariella’s relationship. Another scene between the two played out the day the Sister Wives clan landed in Flagstaff with the moving trucks.

Mariah Brown, Meri’s daughter, and her fiance, Audrey Kriss, came along to help. When it came time for Mariah and Audrey to leave, Meri couldn’t hold back her tears.

Meri hugged Mosby, the dog she adores, who went home to Chicago with the two women. But she looked so distraught.

So Meri said good-bye to her Sister Wives daughter and as she left, tears now streamed down her face. Since this was about two years ago, Ariella was probably just about 3-years-old at the time.

The amount of empathy coming from this toddler stunned the fans. So it seems that this little girl’s bond with Meri started early on in the Sister Wives world.