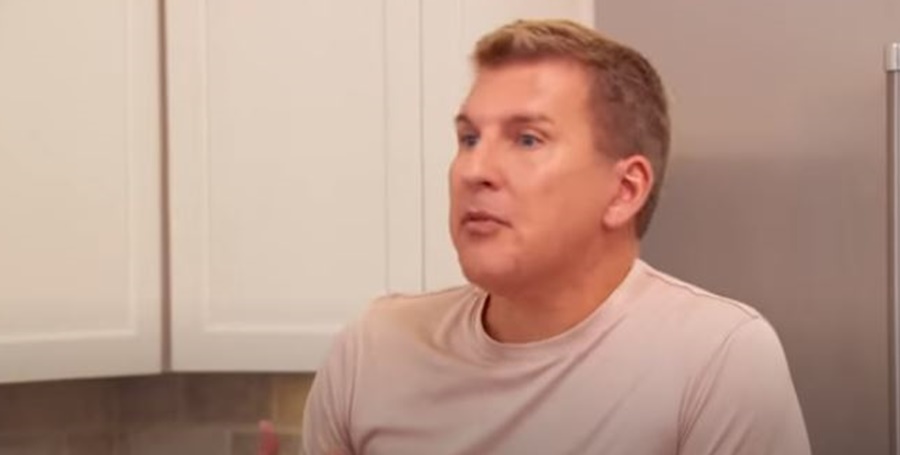 Todd Chrisley took to Instagram to pay a very sweet Happy New Year’s tribute to his family. But, Chrisley Knows Best fans can’t help but notice he left just one member of his family out of the post. Where is his picture of Lindsie Chrisley?

The Chrisley Knows Best star shared nine different photos on his most recent Instagram post. He also tagged every member of his family in the caption. Likewise, he took the time to wish everyone a Happy New Year’s Day.

Happy New Year to everyone. Even the few ass clowns that I don’t care for. 2020 has been a b*tch but we survived it, we are stronger than we even knew and I hope 2021 is filled with great health , hope, honesty , prosperity and clarity , stick close to the ones that matter most and keep your circle tight and it’ll be alright.”

He kicked off his collage with a beautiful shot of his wife Julie. The photo was a little fuzzy and looked to be a little bit of an older shot. As fans know Julie Chrisley recently got a significant amount of those golden locks chopped off. She, however, didn’t catch the same heat as her daughter Savannah for cutting her hair. Instead, fans thought it just made her look younger.

The second was a photo of Chase. He had a huge smile on his face as he starred off into the distance. The photo was a little grainy. It was as if Todd had used a camera to take a picture of the photo on a computer screen.

The third photo in the collage was his mother Nanny Faye. It was a very in your face photo as it was an up close snap of just Nanny Faye.

The fourth photo featured Chase and his brother Kyle. Chase had his arm wrapped around his big brother. They had huge smiles on their faces. They were on a boat with some water and a clear blue sky in the background. The fifth photo was Todd’s granddaughter Chloe. Chloe was rocking a gorgeous swimsuit as she stood on the beach. Fans cannot get over how grown up she looks these days.

The sixth photo was Savannah Chrisley. She was rocking a gorgeous shimmering dress as she posed for a photoshoot. The seventh photo featured Grayson. He had his hands pushed in his pocket with a huge smile on his face. He was rocking an all black ensemble.

The eighth photo was technically the third photo featuring Chase. The ninth and final photo was of Savannah. This made the second photo of her in the collection.

Noticeably, there wasn’t a photo of Lindie Chrisley or his grandson Jackson. This is why some speculate Lindsie is one of the “ass clowns” in the caption.

Does it surprise you that Todd excluded Lindsie from this post? Does it make you sad? Share your thoughts with us in the comments.