Sister Wives star Kody Brown and his entire family went to great lengths to spend Christmas together as a family despite the pandemic. It seems the experience of spending Thanksgiving in separate homes prompted Kody and his four wives to make Christmas a traditional Sister Wives gathering.

Apparently, the pandemic kept the Sister Wives clan apart for long enough. So, the entire family got tested for the virus two weeks ahead of Christmas and then stayed close to home after the tests revealed they were Covid-free.

Gwendlyn Brown, the 18-year-old daughter of Christine and Kody Brown, spilled the beans on the Sister Wives Christmas gathering. She wrote on her Instagram story – “We’re together! We got tested and did nothing for two straight weeks so we could be together.” 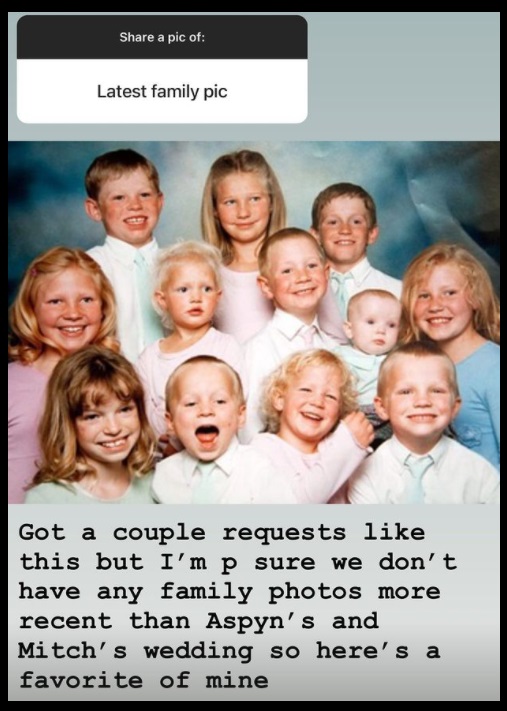 It’s unknown just how much this family of 23 kept themselves away from others. Although, recently it appeared as if a paparazzi-style photographer kept a close eye on the Sister Wives homes.

The photographer seemed to follow Kody around for a while. Pics appeared of his pickup truck outside Janelle’s house and Robyn Brown’s house.

Whoever took these images also managed to snap photos of a few of the Sister Wives family members. Each of the photos showed Kody Brown or his family members in masks when away from home.

One grouping of photos showed Kody stopping by Janelle Brown’s house. He stood outside with his second wife and their daughter, Savanah Brown. It appeared they practiced six-feet of social distancing along with the masks.

Robyn and one of her daughters looked as if they ran errands together one day. The photos showed that they both wore their protective masks.

The quick clip that Kody’s daughter Gwendlyn posted online shows some of the Sister Wives family members together on the holiday. It appears this Christmas gathering took place at Robyn’s new Flagstaff home with those high ceilings. Although this might be Meri Brown’s newest home. Janelle’s rental is too small to have this size great room. From the photos seen of Christine’s house, she doesn’t appear to have such high ceilings. So it appears either Meri or Robyn hosted the Kody Brown family Christmas event.

The Sister Wives tribe wore masks in previous photos that recently surfaced online. But from the clip, they appear mask-free at Christmas.

You can see Meri Brown in the photo above and it looks like that’s one of Robyn’s daughters sitting on her lap. Did you notice anything else about this photo?

It appears the two teen girls along the wall there with Meri are still in their pajamas. But that’s a tradition for this famous TLC series family. Every year for Christmas Meri would make all the kids pajamas.

Now that she’s busy with a few careers, she’s probably purchasing those PJs these days. But from the looks of things, this pic suggests this Sister Wives mother still hands out those pajamas on Christmas.