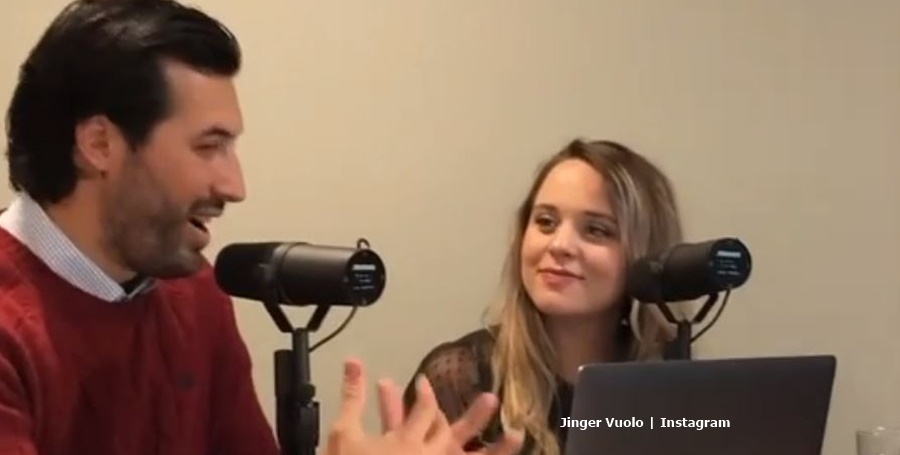 Jinger & Jeremy Vuolo rumors suggest that they might leave Counting On. Recall, Derick and Jill Dillard already left. And, rumors came that Joy-Anna and Austin Forsyth might also leave. Actually, these days many fans only watch the TLC show for Jinger and Jeremy. If they leave as well. is it worth even carrying on with it?

Derick Dillard long ago told fans of TLC that he never got fired. For a long time, he claimed they left because they worked for literally nothing. Plus, he and Jill felt too controlled by the network and Jim Bob. As he spilled more and more tea about Jim Duggar holding the purse strings, many fans who dissed him, started following him again. Some of them hope they return to the show. And interestingly, Derick suggested that one day they might consider it.

In about July this year, he also hinted that Joy-Anna and Austin also plan on leaving. However, it’s not clear that ever happened. But now rumors arise that Jinger & Jeremy Vuolo also consider getting out of Counting On. And, it seems they share similar complaints that Derick and Jill discussed with fans. They too, apparently chaff at the low pay. Plus, the contracts with TLC mean they can’t make alternative lifestyle and income choices.

The report that Jinger and her husband consider leaving came from a source who spoke with The Sun. When asked, apparently the source noted, ” Yes. It’s not definite yet, but they are having deep conversations about quitting.” But they feel tied up with the rather complex contract with TLC. Apparently, they see opportunities for earning other income, but the contracts prevent that.

Plus, Jinger & Jeremy Vuolo allegedly took up the issue of leaving with the family. But unsurprisingly, some of them object to that. While the objectors weren’t named, presumably Michelle and Jim Bob led the way on that. After all, fans agree that more and more, they bring nothing to the show. People prefer watching the younger adults rather than Jim Bob. Especially since the cancellation of 19 Kids and Counting. In fact, the Counting On spinoff came after that.

How low is their pay?

Perhaps you think Jinger and her husband earn a lot of money from the show. But apparently, they only take home “$1,500” per episode. The sources added, “And there’s definitely drama surrounding how the money is split up between members of the family.” With places to go things to do and a yearning to control their own lives, it looks like the parents of Felicity and Evangeline want out.

Fans of Counting On long hoped for Jinger & Jeremy Vuolo to get their own spinoff with TLC. However, if the rumors are true, the chances of that happening seem very slight.

What are your thoughts on the couple possibly leaving the show? Sound off in the comments below.