If there is a man in touch with his emotions, it’s Zac Clark. As Lauren Zima said about ‘The Bachelorette‘ frontrunner, he sees into Tayshia’s soul when he looks at her. He’s had some hard times and he opened up about them on the show. Fans want to know a lot more about him and a lot of people, including Ellen DeGeneres, think that’s who she is going to end up with.

Zac and Tayshia have a lot in common because they’ve both been married and divorced. They had a one-on-one where they shot their wedding photos. With hometowns coming up, Zac has been really emotional. The former addict turned something toxic into something great with his career. 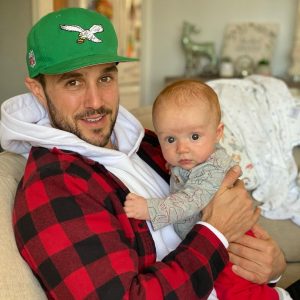 What Does Zac Clark Do For A Living

Now he’s on the board at the treatment center he went to, Caron, according to Screen Rant. He also founded Release Recovery with his partner Justin Garland three years ago. The center has three locations in New York. Two are for men and one is for women.

Zac also runs marathons to raise money for addiction treatment centers. His Instagram is full of running pictures. The net worth of Zac is around one-hundred thousand. Though with the opportunities that come from being on the show, that could go up soon.

The Addiction Specialist Cheated Once

Tayshia had Zac Clark and the other guys hooked up to a lie detector test. When asked if he’d ever cheated, Zac said yes. This threw Tayshia. Later, he revealed it was on his sixth grade girlfriend.

With hometowns coming up, Zac has been very emotional. He says her meeting his parents will make it really real. He cried when he thought about it. Zac said he knows they just want him to be happy. Many fans are speculating Zac is the one Tayshia ends up giving the final rose to. They think the connection between them is too great.

She has connections with Brendan, Ben and Ivan as well.  It’s not going to be easy when she has to choose. There’s also some drama around the corner. The preview showed her dad asking her why she is leaning towards one man. As Bachelor producers like to do though, it could be a misdirect. Papa Adams could just be checking in on her. What do you think about Zac? Is he the one for Tayshia?

The Bachelorette will air on both Mondays and Tuesdays until the season is over.