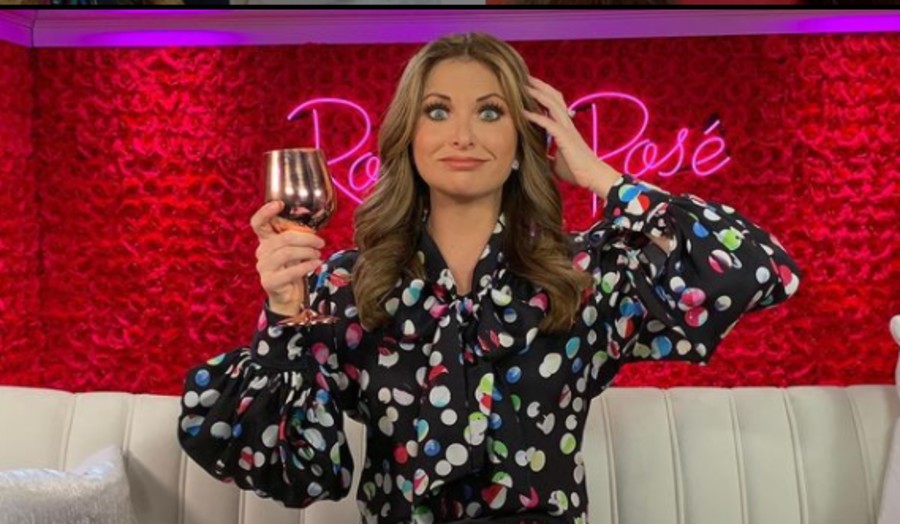 Lauren Zima went on the Click Bait podcast and talked to hosts Tayshia Adams, Joe Amabile, and Natasha Parker. The Entertainment Tonight host talked about a lot of things, but she had one prediction for Tayshia. In fact, she predicts that the season would end in a “bloodbath of emotions.” Zima doesn’t think anyone is getting out unscathed and hearts will be broken in new ways.

In  Zima’s recap show, Roses and Rosé, she says the season is an emotional overload. Zima thought Tayshia should have sent both Noah and Bennett home after their two-on-one date.

She also called out Nick Viall who said Spencer would be the winner and now Spencer is gone. She’d been on his podcast and said they would see. After Zac broke down, Lauren wanted to ask, “is Tayshia that amazing she just has them in a constant state of emotional distress?”

On Click Bait, Lauren said the stories the men are sharing are just impressive. Lauren said she has never seen such raw emotions. She said Tayshia knows what she wants and is easy to fall in love with. It isn’t going to be an easy time for anyone.

Tayshia agreed. She said for several weeks she wanted to leave with all of them,”Let’s take this from Palm Springs and go to my house.” Zima said, “When Zac sat down to take that test, he was staring into your soul.” The two had just had a one-on-one where they took wedding pictures.

She asked if the guys really digging in with her is a reaction to not having any attention from Clare. Tayshia said isolation had a negative affect on everyone. She said it also has made the men more vulnerable.  Tayshia found herself shocked by their vulnerability.” 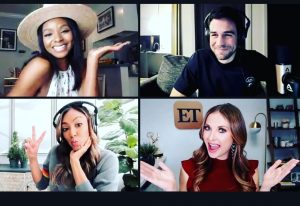 Tayshia said the way her season goes is a mess. She didn’t share spoilers, just said to expect the unexpected. Lauren wanted to know how good of a kisser Ben was. She called him Captain America. Adams said Ellen asked her the same thing the day before and she couldn’t narrow it down. She did list her best kissers again for the podcast. She said her naming Blake really surprised the talk show host. Her four best kissers were Brendan, Blake, Zac, and Ben.

What’s Going On At Kanye West’s Los Angeles Residence?!
Can Romance Be Rekindled? Find Out In Lifetime’s Thriller ‘Lethal Love Letter’
‘RHOC’ Star Kelly Dodd SLAMS Fan For ‘Lies & Digs’ After Photo Op
Khloe Kardashian Claps Back Once Again Over Plastic Bottle Controversy
Josh Duggar Preaching In Prison Might Not Work Out So Well This Time