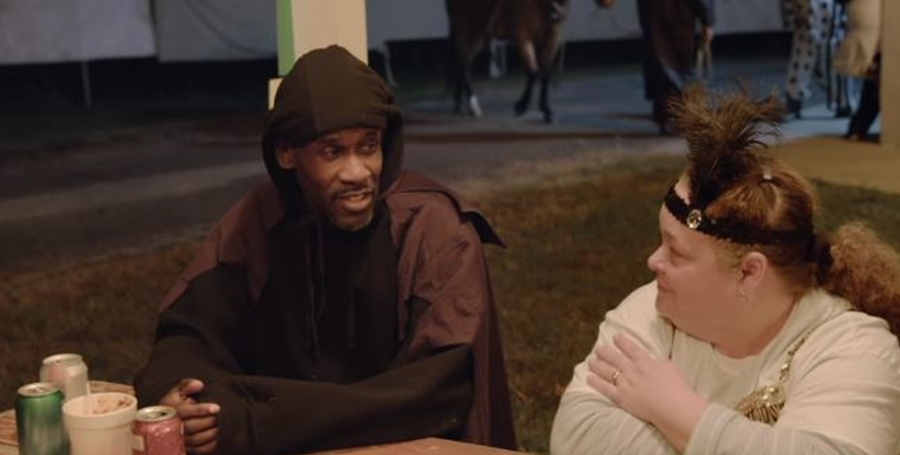 1000-LB Sisters fans noticed in January this year that Tammy Slaton found a boyfriend. At the time, we reported that some guy asked her for a date online. But she told him that she’s already in a relationship. Way back then, fans wondered if a second season came if TLC would feature him. And sure enough, in Season 2, fans see him. But, Amy mistrusts Jerry Sykes.

In February this year, we reported that some fans ferreted out more about Tammy’s boyfriend, Jerry Sykes. On her Twitter, Tammy shared a photo of Jerry Sykes and called him her “Bae for life ❤️.” Then later in the comments, she admitted that she previously dated women. She said, “Today is not my first love I’ve been with women and man before I was with Jerry but I think Jerry’s the one you know I mean and yeah being friends is really cool I don’t mind (sic).”

1000-lb Sisters don’t really mind who Tammy dates. But, some fans responded a bit unhappily as it turned out he was married. Nevertheless, Tammy defended her relationship. And, she still sounds very defensive. In September this year, a fan went onto an old post from 2019 on Jerry Sykes’ Instagram. The fan asked, “Why no pics of you and Tammy? You guys break up? You still married to another woman?” Well, aggressively, Tammy replied saying, “still out our bussiness smh wtf is wrong with you people, (sic).”

Well, if Tammy wants people not to comment about Jerry, bringing him on the show likely raises a lot more interest by fans. In the latest trailer for the TLC show on Facebook, Amy talks about Jerry, the boyfriend. Other spoilers emerged in the trailer that Tammy put all her weight back on. And, Doctor Procter told her that she stands an “80 percent chance” of being dead inside of “five years.”

Tammy’s brother agreed that this time, he’d join her on her weight loss journey. And Amy’s terrified for her sister.  The 1000-LB Sisters star really doesn’t want Tammy to die. So, she talked to Jerry Sykes. Jerry said that he wants Tammy to lose weight. But, Amy’s suspicious and reminded him he likes his women big. Jerry didn’t deny it. So, perhaps Amy fears he enables Tammy’s eating habits.

Tammy wants her boyfriend around permanently

Amy expects her first baby. With no room in the house for a kid, she and her husband talked about getting a bigger place. Well, Tammy sounded insecure and upset as everything’s “changing.” So, she told Jerry she “doesn’t” even want to be there “without  him.”

There lies the problem for Amy. If Jerry spends more time with Tammy, the 1000-LB Sister star fears she stays with an enabler. Certainly, Tammy fell right off the wagon. Nowadays, she can barely walk even with a walker. What do you think about Jerry Sykes? Should Tammy’s boyfriend give her some space to focus on losing weight before it kills her? Sound off in the comments below.