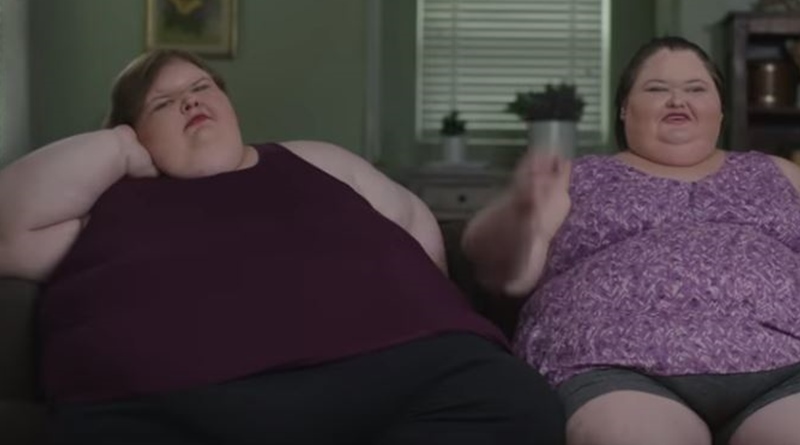 During the season fans see their journey to attempt weight loss. Jointly weighting in the region of 1000-Lbs, Amy seems kind to her sister, who once attempted suicide and has a large fat socket on her forehead. Now, it looks like she lost weight, and apparently, she’s dating.

1000-Lb Sisters fans like the sisters, but feel sorrier for Tammy Slaton

TV Shows Ace reminded viewers that the sisters already run a YouTube channel. There, they laugh and joke a lot. But, the underlying problems also get revealed. While they seem rather lighthearted about their problems, actually, their weight could be “life-threatening.” TLC noted in the previews that “Sisters Amy and Tammy have an unbreakable bond. Now their weight loss journey could push them to the limit.”

Starcasm noted that Tammy faces bigger challenges than her sister Amy. The 1000-Lb Sisters’ star “Tammy’s limited mobility forces her to rely on Amy more than she’d like to.” Additionally, she “hasn’t left home in six years except for medical attention.”

Fans feel terrible for her. And, she tried suicide at one stage. So, concerned fans might be heartened to hear that it looks like she’s lost some weight. Plus, apparently, she found a boyfriend.

A boyfriend for Tammy, who looks slimmer

While the TLC show plays out, Tammy gets on with life and shares on her Facebook page. Heavy reported that she updated her profile picture, and looks slimmer than fans see on the show. Plus, that rather shocking piece of fat that drooped on her forehead seems to have disappeared. The outlet notes that at one stage they feared a tumor, but was just fat. Over on Twitter, aghast fans of the show couldn’t believe a forehead could also carry so much fat.

Obviously, Tammy’s self-esteem and confidence took a hit. But, she’s quite brave, sharing her story on national TV. Naturally, she picks up loads of haters who simply feel grossed out. But, other fans love that she makes an effort.

Now, it seems like the 1000-Lb Sisters‘ star might have a boyfriend. Perhaps the season shows him at some stage? Heavy noted that she “marked herself as “In A Relationship.'” Plus, when a fan asked her for a date, she told them: “Thank you, but I’ve got a boyfriend already.”‘

What do you think about the profile picture than indicates Tammy lost quite a lot of weight? Are you happy that she’s in a relationship? Sound off your thoughts in the comments below.