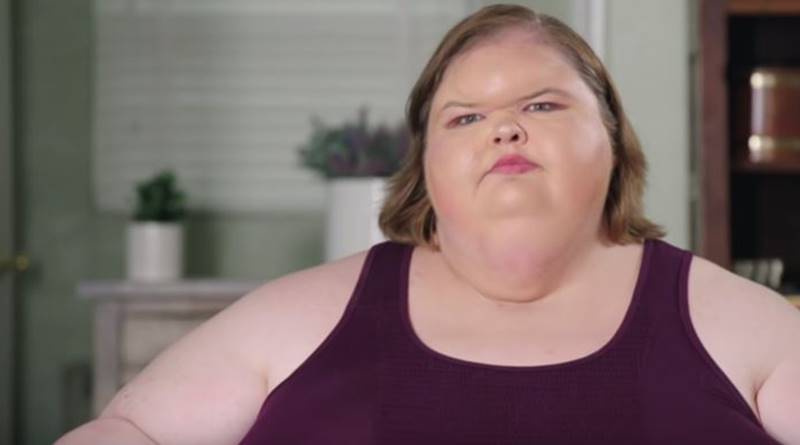 1000-Lb Sisters has come to an end, but interest by viewers remains high. Tammy Slaton and her sister Amy may not return to TLC for a season second. However, fans heard that Tammy’s dating someone. In fact, they saw her chatting with him on video chat in the TLC show. Now she told her fans on Twitter that he’s not her first love.

Taking to Twitter on February 6, Tammy shared a photo of her boyfriend and captioned it with “Bae for life

.” One fan said to her, “I love that you found your 1st love. Girl, it took me 45 years to find mine. I get lonely because he works so dang much. I relate to you in so many ways. Feeling left out hurts.”

Tammy replied to her fan and said, “Today is not my first love I’ve been with women and man before I was with Jerry but I think Jerry’s the one you know I mean and yeah being friends is really cool I don’t mind (sic).”  Plenty of fans told Tammy their happiness that she found someone to love. But other 1000-Lb Sisters fans cautioned her. Bear in mind, she had an online relationship with this guy named Jerry and Amy worried she might be catfished. Plus, some people don’t like the fact that he’s married.

Amy’s sister openly admitted that she knows Jerry’s married. That came after a number of fans said it’s not right. One follower said to Tammy, “But he married, soooo you really aren’t anything to him.” While plenty of fans noted they suspected he was already a family man, Tammy only replied to the one person. She defended her relationship with him.

Tammy replied to the fan, saying, “Are you aware that I do know he is married and his wife is very sick so you ain’t telling me nothing I don’t know.” Okay, so breaking it down: Tammy’s in love. She feels Jerry’s “the one” for her, and the fact he’s married doesn’t matter because his wife is “very sick.” Well, who knows how well that will go down with her 1000-Lb Sisters followers?

Tammy first shared about her boyfriend on Facebook in early January

When Tammy shared about her boyfriend on Facebook in January, she didn’t mention his name or the fact that he’s married. TV Shows Ace reported that she said, “Thank you, but I’ve got a boyfriend already.” That came after a fan straight out asked her a date. At the time, Heavy.com noted, “Tammy has not revealed his name, it could be Jerry as previously mentioned on the show.” Well, on her Twitter she now confirmed that it is, indeed, Jerry who she met on the show.

What do you think about Tammy Slaton’s boyfriend being married? Did you now that in the past, Tammy also dated other people, including women? But, seeing Jerry’s married, do you hope he doesn’t end up cheating on Tammy? Sound off your thoughts in the comments below.