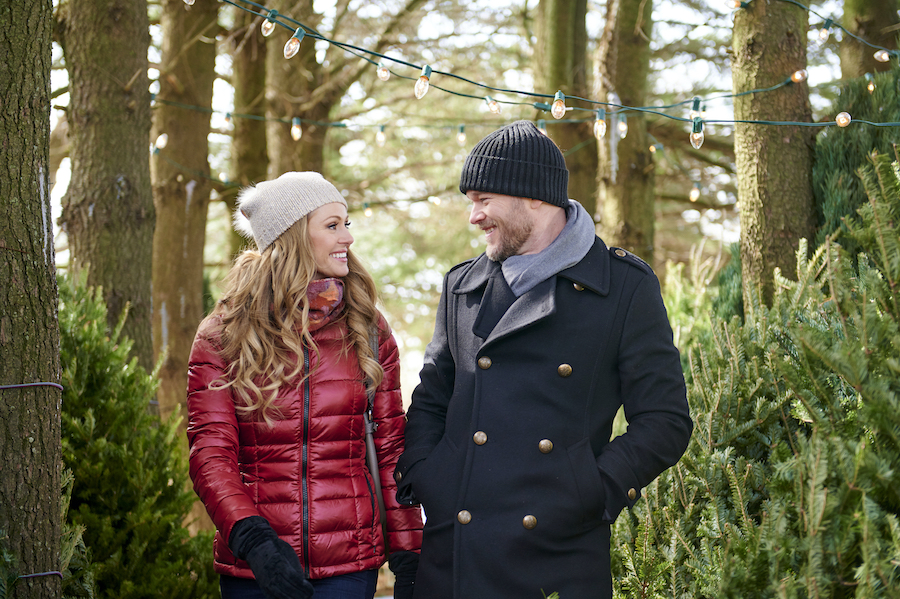 When an unemployed teacher is hired to help a widower and his daughters believe in the magic of Christmas, this is the story of The Santa Squad. This new Lifetime Christmas movie stars Rebecca Dalton (Good Witch) and Aaron Ashmore (Locke & Key).

It’s A Wonderful Lifetime of traditions and holiday love. Are you ready?

What Is Lifetime’s The Santa Squad About?

According to TVLine, Allie (Dalton) is an out of work art teacher. What does a teacher do when she is unemployed? She joins The Santa Squad. Her job is to help out a wealthy widower Gordon (Ashmore).

He and his two adorable daughters, Rose and Iris, desperately need some Christmas magic. Can Allie bring that magic into their home? She gives it all she has, as she helps the family buy a tree, make homemade decorations, shop for presents and bake cookies. She in turn, gets a lot of love.

Turns out, the two daughters are also matchmakers. Could they pick out that right woman for their father, something he has failed at miserably?

The Santa Squad premieres on Monday, December 7, at 8 p.m. Eastern, on Lifetime.

It’s A Wonderful Lifetime is continuing now through the end of the year with 33 new Christmas movies. Have you checked out Dear Christmas, starring Melissa Joan Hart and Jason Priestley? That is already a fan favorite. It is the story of a relationship expert and podcast host who has never had a serious relationship herself. Priestley is in his first Lifetime Christmas movie, and he plays a fireman. Can’t get better than this!

Another fan favorite is, People Presents: Once Upon A Main Street. This movie stars Vanessa Lachey, Ryan McPartlin and Patrick Duffy. Sometimes you have to stop arguing and start working together to get what you really want.

Kelly Rowland and the Liddles are back in Merry Liddle Christmas Wedding. This is Lifetime’s first Christmas movie sequel. This time, Jacquie and Tyler are getting married. But, her family, especially her sister, just can’t help themselves. They complicate everything. Funny, sweet and warm, this is another 2020 fan favorite.

On December 13, Lifetime has a new 15-minute short that promises a lot of punch. This mini-movie is called A Recipe for Seduction. Mario Lopez is playing KFC’s Colonel Harland Sanders. He has the funky mustache and goatee combo, with just a small touch of grey.

The plot has a woman falling in love with that delicious KFC chicken, and the man making it. But, the recipe is super secret. This short movie-commercial is an amuse bouche to an encore showing of Mario Lopez’s 2020 It’s A Wonderful Lifetime Christmas movie, Feliz NaviDAD.

Don’t forget to catch The Santa Squad premieres on Monday, December 7, at 8 p.m. Eastern, on Lifetime.