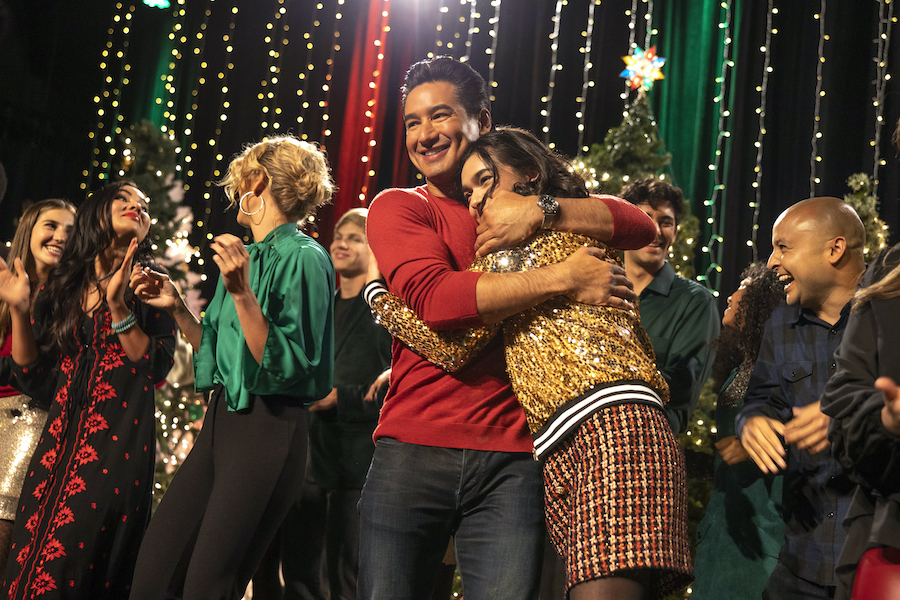 Lifetime’s latest It’s A Wonderful Lifetime Christmas movie is Feliz NaviDAD. Starring Mario Lopez (Saved By The Bell), AnnaLynne McCord (90210) and directed by Melissa Joan Hart (Dear Christmas). This is the story about finding love during the most wonderful time of the year.

What Is Lifetime’s Feliz NaviDAD About?

According to Pop Culture, this new Lifetime Christmas movie Feliz NaviDAD, is about David Morales (Lopez). David is a single dad, and a high school principal in Arizona. David lost his Christmas spirit a few years back. That is when he lost his wife, during the Christmas holiday season. Now, Christmas reminds him of his loss.

David avoids Christmas at all costs. This means keeping busy, and that is why he moonlights as a delivery driver during the busy holidays. But, the women in David’s life have different plans this year.

Noel (Paulina Chavez), his 14-year-old daughter and Marissa (Mary Carmen Lopez), his live-in sister, want Christmas back. They figure that if David starts dating, he will enjoy Christmas again. And then, they will enjoy the holidays once more.

So, they sign him up with online dating. The two Morales women figure that this is the only way David will ever meet anyone. This starts a rather magical chain of events, starting with Sophie (McCord). Sophie happens to be on David’s delivery route. She is a musician with a lot of personality, but no date. So, when she swipes right on David’s photo, the stars begin to align.

Lifetime’s Feliz NaviDAD was filmed in Carson City, Nevada, right after the first Covid restrictions were lifted. That makes this Christmas movie one of the first filmed in the states during the new coronavirus safety conditions.

Melissa Joan Hart and Mario Lopez have already created some Christmas magic together. Many people may remember the 2007 Lifetime Christmas movie, Holiday In Handcuffs.

Melissa Joan Hart plays Gertrude “Trudie” Chandler, and Mario Lopez portrays David Martin. After a terrible morning of screwing up a home perm, and then missing a very important job interview, Trudie temporarily loses her mind after her new boyfriend bails on Christmas with her family.

In Feliz NaviDAD, Melissa is behind the camera, directing the movie. It should be noted that Melissa Joan Hart is not new to directing. She has been directing television episodes since 2000, including episodes of Sabrina The Teenage Witch and Melissa & Joey.

Lifetime has over 30 new Christmas movies in 2020. They are currently airing these movies, along with old favorites, 24/7. It’s A Wonderful Lifetime!

Don’t forget to catch the premiere of Lifetime’s Feliz NaviDAD, on Saturday, November 21, at 8 p.m. Eastern. With encore showings throughout the holiday season.