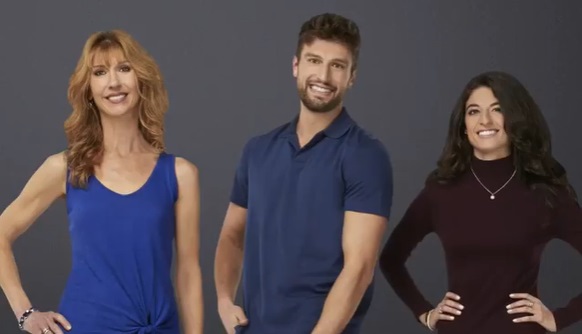 I Love a Mama’s Boy star Stephanie Ressler took to Instagram to wish Mike Boornazian a happy birthday, but she couldn’t help but seize an opportunity to take a slight dig at mama Liz Micale.

Steph, Mike, and mama Liz of I Love a Mama’s Boy give viewers some serious “three’s a crowd” vibes. Steph and Mike have been an item for a while. But, Mike is unable to commit to the relationship completely because he desires mama’s approval. Now, Steph respects the relationship (to a point). So, she wants mama’s blessing. But, she isn’t interested in replacing Mike’s mother and waiting on him the way mama Liz does.

Steph and Mike are both semi active on Instagram. (At least since the TLC series kicked off). They are both segment producers for NBC. She manages a blog. And, he as a career in modeling.

For the most part, Mike and Steph seem to be a pretty “normal” couple. Minus the overbearing mother, anyway.

Steph and her lover pay tribute to his birthday on Instagram

Steph took to Instagram this morning to pay tribute to Mike on his birthday. She shared a sweet picture of herself and her love exchanging a little PDA. The fresh TLC personality, however, seized an opportunity to take a small dig at mama Liz. Both her followers and Mike picked up on the slight jab in the caption of her post. And, everyone was here for it.

“Help me wish a HAPPY Birthday to my best friend and love @mikeboorn – I’m so lucky that we met and everything fell into place so perfectly. I’ll celebrate you forever,” she penned in the caption of her post.

Steph reaffirmed the “three’s a crowd” vibes by confirming it was, in fact, mama Liz who took toe photo of herself and Mike.

He also penned: “I love you thank you.”

Mike Boornazian also took to Instagram to call attention to his birthday as well. He shared a snap of himself stepping off of an air plane. In the caption, he reflected on his special day. He noted that every day feels like a birthday to him. And, he thanked his fans, followers, and friends for their love.

And, for ILAMB fans that are curious, he also revealed in a hash tag on the post that he turned 27 today. Fans can’t help but wonder if he’ll ditch his mama’s boy ways before he hits 30.