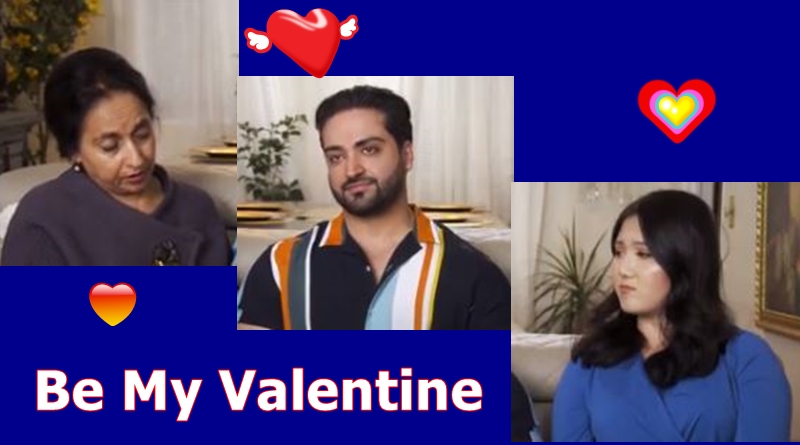 I Love a Mama’s Boy fans met Matt, who they think turned out gay. Then, they saw Jason’s mom insisting that Justina accepts their wedding goes all her way. Plus, Shekeb’s mom is so over-the-top, she hates that he and Emily went out alone on the evening of Valentine’s Day.

We reported that fans thought poorly of Jason who allows his mom to tell him how to live his life. He’s nearly 30 years old and still lets his mom Annette pluck his nose hairs. And, when it comes to planning their wedding, his fiance Justina just gets overridden on how she wants it. While Jason loves that his mom texts and called every ten minutes or so, fans met Shekeb’s mom, who seems even more obsessed with her son.

Fans became impatient and irritated by Laila on Valentine’s Day. Not every man who dates seriously would rather take his mom out on Valentine’s Day. After all, it’s more a day where lovers celebrate between themselves rather than a mom/son thing. Meaww noted that Shekeb previously took his mom and Emily out “separately” on Valentine’s Day. However, this year they all went out together on a day trip but that didn’t satisfy I Love a Mama’s Boy mom, Laila.

Instead of working out well, Laila made it clear on the rock-climbing outing that she detests Emily. Despite the fact they already dated for two years, Laila seems set on destroying Emily’s relationship with Shekeb as she’s so negative about everything. After making space for his mom on the outing, Laila pretty much ruined Valentine’s Day for Emily. But, Shekeb decided he should take his girl for a special meal without his mom. And, that went down like burned toast with Laila.

The I Love a Mama’s Boy couple set off for dinner together. Notably, Shekeb got his mom’s reluctant approval first. But, the evening got spoiled when Laila called up. She claimed she “got hurt and needed Shekeb by her side.” And, Emily pointed out that’s not the first time that Laila pulled off something like that to break up alone-time for the couple. Fans grew very irritated and hated on Laila for that.

Shekeb’s mom isn’t even cool. I cannot understand this fascination he has with her. Her obsession with him is beyond disturbing too. #iloveamamasboy pic.twitter.com/mOgBtTiBcN

TLC fans took to Twitter and slammed Laila for acting so jealous of Shekeb’s time with Emily. One said, “I’m rooting for Shekab and Emily!! His mom used master manipulation.” And another ILAMB fan noted that if they were in Emily’s place, Shekeb might never see them again. Other fans complained because instead of staying with Emily, Shekeb ended up rubbing his mom’s leg.

As you can imagine, I Love a Mama’s Boy fans grew critical about that. A fan commented, “Shekeb would have went to sleep single that night. Leaving your girlfriend by herself at dinner on Valentine’s day? After you already ruined the day by bringing your mama around?!” And, this commenter also sounded irritated: “Shekeb left his girl in a restaurant on Valentine’s Day? That would be the last dinner we had.”

Emily you definitely need to give up Shekeb! Walking out on Valentine’s Day dinner because his mother is faking an injury? Puhlease! Talk about a huge red flag! #iloveamamasboy

What did you think about Laila’s behavior on Valentine’s Day? Sound off your thoughts in the comments below.

I Love a Mama’s Boy airs Sundays on TLC.