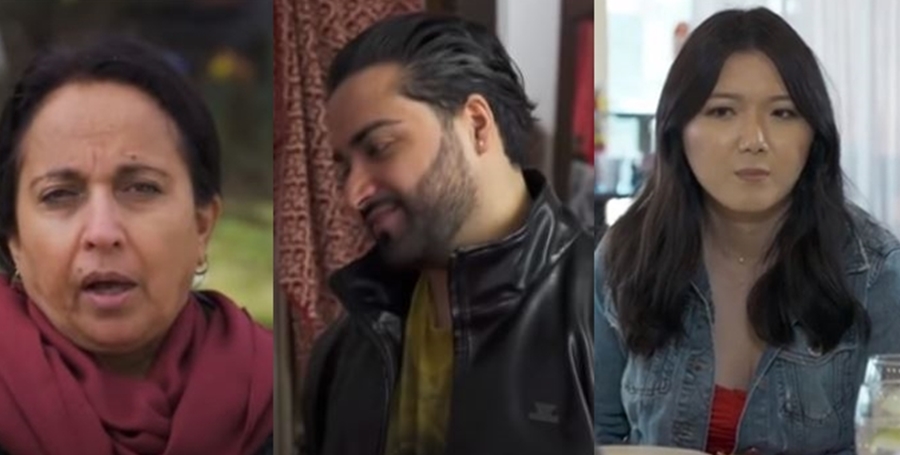 I Love a Mama’s Boy fans really like Emily. But, they saw her in tears after Shekeb’s mom Laila called Emily “a pig.” Laila and Emily come from different cultural backgrounds and Shekeb deals with his mother hating his girl all the time.  On social media, fans tell Emily to run. But does Laila ever warm to Emily and finally accept her? Spoilers ahead!

We reported that Emily took a cake and a gift to Laila on her birthday. But instead of being grateful, Laila made a huge drama. In fact, she refused to eat and accused her future daughter-in-law of trying to poison her. ILAMB fans saw Emily in tears as she talked to her own mom about it. After all, Laila called her “a pig.” For once, Shekeb stood with Emily against his mom and they left together.

Nevertheless, soon enough he went back to Laila and made up with her. Wailing and fussing as she does, Laila told Shekeb she could just about “die,” because he left. Previously on I Love a Mama’s Boy, fans saw Laila create another drama and pretend she hurt her leg because she felt jealous of Emily. Or at least, of Shekeb’s attention to his girl. Eventually, he stood Emily up during their Valentine’s Day dinner to rush back to his mom. Treated like dirt by Laila and always coming second with Shekeb, does the situation improve?

I don’t like talking about people’s mothers but Laila needs to seek professional therapy. #iloveamamasboy

Spoilers on Shekeb, Emily and his mom

Distractify reported that Laila, Emily and Shekeb sat down in an interview with Right This Minute. That came back in October, so it’s recent enough that we can take it as a spoiler. Are Shekeb and Emily still together? Well, it looks they are. But, did things improve with Laila and will she ever accept Emily? The news came from Right This Minute, that Emily and Shekeb remain together despite Laila.

When the I Love a Mama’s Boy stars chatted on the show, Emily said that she enjoyed her life with Shekeb. They get out and about which appeals to her. But she lost all patience with Laila. So, it looks like Emily just about gave up trying to get Laila to be nice to her. Meanwhile, Shekeb always puts his mom in their relationship. In fact, he said, “I actually keep things in a calendar. There’s certain days I hang out with Emily, there’s certain days I hang out with my mom.”

Laila confessed that she “trusts” nobody. And, she admits that Emily’s “beautiful” and “smart.” But, that’s not enough. She simply doesn’t want her with her son. Meanwhile, Shekeb’s dad just wants his son around as well. After all, it frees him up to do his thing.

So, the I Love a Mama’s Boy situation remains stalemated. Laila will never accept Emily it seems. Shekeb continues doting on his mom’s every whim. And, while Emily says she’s happy with Shekeb, no doubt TLC fans wonder what on earth there is to like.