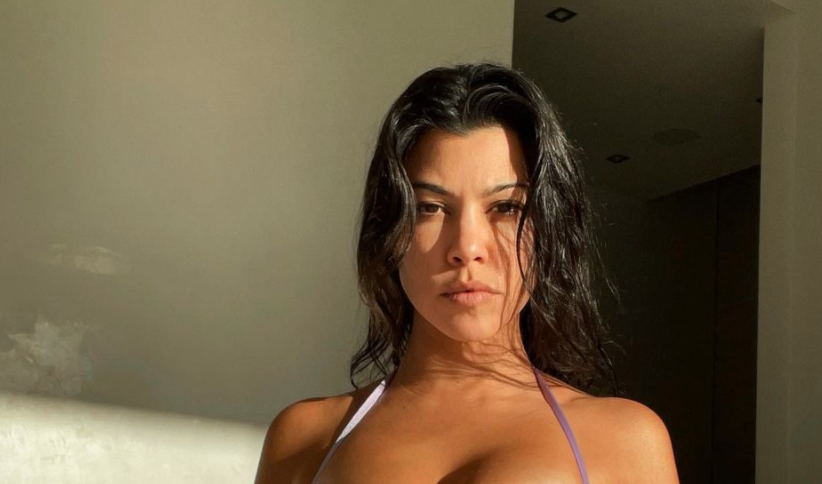 Kourtney Kardashian has fans thinking that she and Scott Disick are getting back together…again. This time, she is sharing a post about when an ex comes back into your life. Is she referring to the Lord Disick himself?

Kourtney shared a new post that has fans questioning what is going on between Kourt and Scott. According to Us Weekly the star posted on her Instagram a post that said “Sometimes the universe will send an ex back into your life just to see if you are still a stupid heaux.”

It doesn’t stop getting interesting there though. She then added three blushing faces to the post. Clearly, she felt that on a deeper level. Of course, Scott isn’t Kourtney’s only ex. However, after his split from Sofia Richie, they have really been hanging out a lot. Not only that but they share three children.

It’s been made pretty clear that Scott will always be open to trying another relationship with the Keeping up with the Kardashians star.

“Kourtney and Scott’s relationship has taken a bit of shift recently — spending more time together and being more kind with each other,” a source says. “Scott has always loved Kourtney, and the door is open on his side in case she ever wants to take their relationship back to a romantic place.”

Not only that, but the source even says that their friends think they could get back together. They probably know more than anyone if Kourtney Kardashian and Scott Disick will ever be a couple again.

The pair may have been through a lot, but honestly, they do make a cute couple. They should probably do not only what’s best for themselves, but what is best for their children.

Is Sofia trying to make him jealous?

Not only does Kourtney have other exes, but so does Scott Disick. After posting six Instagram posts of herself in a bikini on her Instagram in just two days, some fans wonder if Sofia Richie is setting a thirst trap for Scott.

Do you think Kourtney Kardashian and Scott Disick should get back together? Let us know in the comments below. Come back to Keeping up with the Kardashians for more news on all of your favorite KarJenner family members.