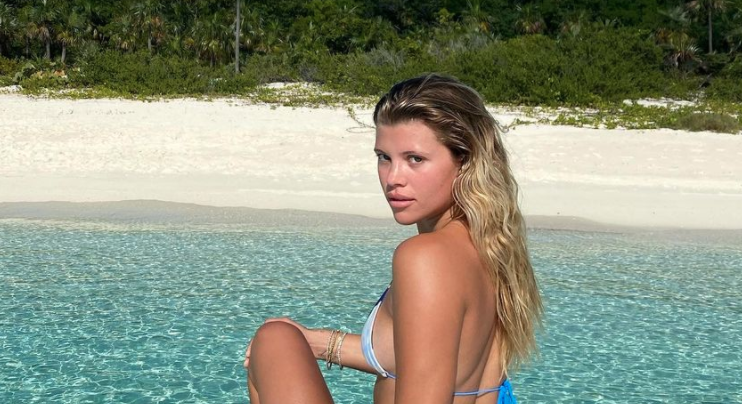 Sofia Richie is showing off her body on her Instagram profile. Now, some fans are wondering if she is trying to make her ex-boyfriend, Scott Disick, jealous.

Scott has been rumored to have a new girlfriend post-breakup with Sofia Richie. Now, Sofia is posting – what could be – thirst traps on her social media ScreenRant says. Is the model trying to make her ex-boyfriend jealous?

Normally, just sharing a bikini photo wouldn’t be weird. However, where it becomes a bit suspicious is in that Sofia posted six different times in two days. It definitely seems like she was trying to get someone’s attention. In each of them, she looks amazing and is clearly having a great time on the beach.

Fans loved the photos of course and the captions were full of comments talking about how great she looks.

None of the photos have particularly intriguing captions so she definitely didn’t have a lot of important things to say. Even more, reason why it seems like she may be trying to get someone’s attention. However, all this brings up the question, does Sofia actually want Scott back?

In October, it was revealed that Sofia actually unfollowed Scott from Instagram. Apparently, this is because she is moving on and doesn’t care to know who he is dating next.

It was also revealed that back in September Scott unfollowed Sofia. So, it was only fair that she unfollow him back. Honestly, that may be the best move for both of them. Then, they can live their lives happily without worrying about what their ex is doing. However, that does bring the thirst trap photos back into question.

The two had an on-again, off-again relationship for a while but split officially when Scott checked himself into a mental health rehab facility. Apparently, Sofia felt that she wasn’t a priority with Scott ever. While that does make sense, he does have three kids to take care of. He likely has to find a girlfriend that understands how hard it is to juggle an entire family and a personal life. Not to mention his booming career.

Do you think that Sofia is trying to get Scott back? Or, are they better apart? Let us know what you think in the comments. Come back to TV Shows Ace for more news on your favorite reality TV stars.