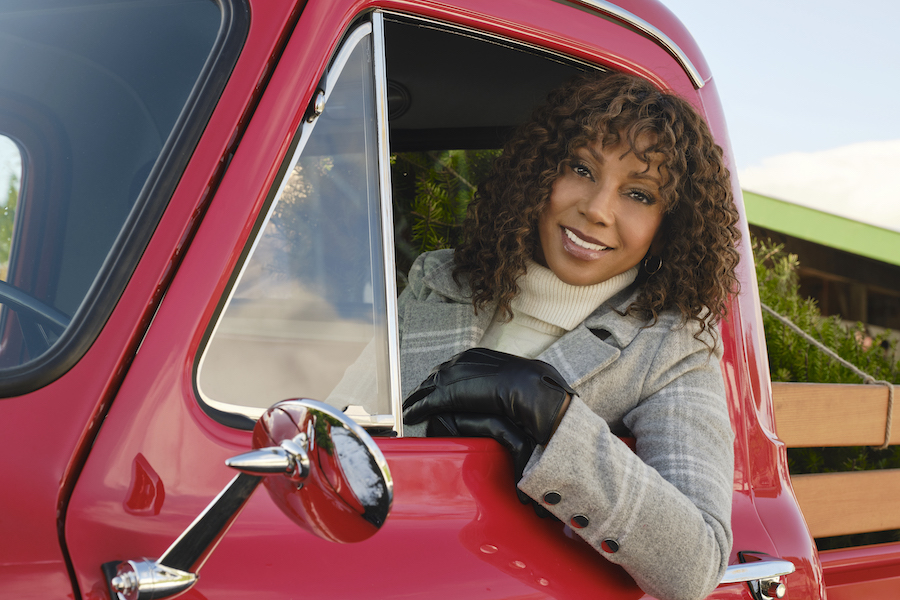 Are you ready to return to Evergreen? Hallmark’s Christmas In Evergreen: Bells Are Ringing is here! The ladies of Evergreen are back together again. Returning is Holly Robinson Peete (The Christmas Doctor), Ashley Williams (Never Kiss A Man In A Christmas Sweater), Rukiya Bernard (One Winter Wedding) Antonio Cayonne (Psych 2: Lassie Come Home) Barbara Niven (Chesapeake Shores).

This is Hallmark’s fourth movie in this special series. What do we know about this new Countdown to Christmas movie?

What Is Hallmark’s Christmas In Evergreen: Bells Are Ringing About?

According to the Hallmark preview, Michelle’s (Peete) wedding is coming up. But, things are not working out exactly as she has planned. Meanwhile, Hannah (Bernard) is getting ready to launch the new Evergreen museum. While she is committed to this labor of love, she is not so sure about what is going on with Elliott (Cayonne).

In the Hallmark On Location video, Holly Robinson Peete revealed that there is “more love than ever.” Last movie, her character became engaged. And she is now the mayor of Evergreen. What can be next, a wedding? Not so fast. There may be some delays. This is 2020, after all.

Speaking of 2020, when Holly spoke to the Hallmarkies Podcast, she revealed that there is not a new romance in this new movie. That is because of some of the restrictions due to Covid-19. Moreover, some of those fun Evergreen cameos won’t be part of this new movie because of the pandemic.

Instead, they are focusing on the power of girlfriends. In addition, fans get to know the characters they have met the past few movies. We get a deep dive into their lives in the magical town of Evergreen.

Although Holly Robinson Peete admits that they had to get a bit “creative” with the crowd scenes, the finished product is festive and fun. Most of all, she thinks fans will love it. That is because there is something very comforting about this Christmas series.

When Can You Watch Christmas In Evergreen: Bells Are Ringing?

Hallmark’s Countdown to Christmas continues into early 2021. Don’t forget to catch the breathtaking Christmas Waltz, starring Lacey Chabert (Christmas In Rome) and Will Kemp (Royal Matchmaker). Directed by Michael Damian (Young and The Restless), this is the Dancing With The Stars type of Hallmark romance you have been looking for.

Be sure to watch the premiere of Christmas In Evergreen: Bells Are Ringing, on Saturday, December 5, at 8 p.m. Eastern, on the Hallmark Channel.