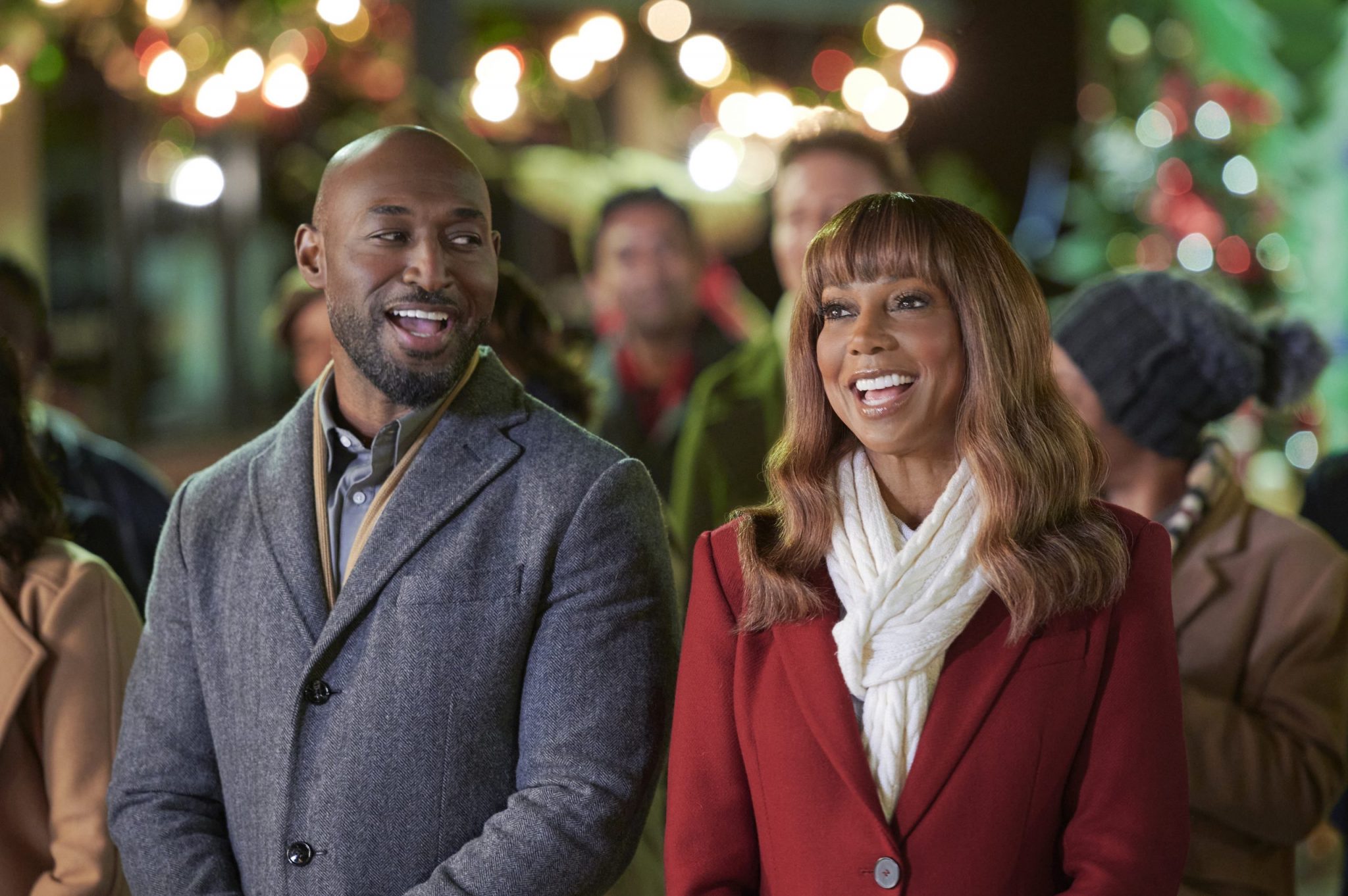 Hallmark’s The Christmas Doctor is a romantic movie about a traveling doctor. Starring Holly Robinson Peete (Christmas In Evergreen), and Adrian Holmes (Arrow), this is an emotional movie about the sacrifices front line workers make.

What Is Hallmark’s The Christmas Doctor About?

According to the Hallmark press release, Zoey (Peete) is a locum tenants doctor. Her job is to go from town to town, to temporarily fill in for absent doctors. This can be for a few days or up to six months.

Zoey loves this role. Always putting others before herself, this opportunity allows this former military doctor to keep on giving. Now, she is in Vermont, and it is right before Christmas. The local doctor is recovering from surgery, so Zoey has to extend out herself to the local people. Doc warned her that there would be some “friendly fire.” They are used to their one doctor, so she has some pretty big shoes to fill.

She instantly meets some of the “colorful” characters. They include a very handsome software engineer Luke (Holmes). With Luke, Zoey is able to confess some of her deepest fears. This sort of vulnerability opens her up to something more. Can she allow herself to let love in?

Hallmark’s The Christmas Doctor is produced by a cornucopia of people, including Holly Robinson Peete, and The Today Show‘s, Al Roker.

The 21 Jump Street star was recently on The Today Show discussing Hallmark’s The Christmas Doctor. Peete shared that they just recently finished filming the movie, during the Covid-19 worldwide pandemic. It certainly was surreal for her to portray an essential worker.

She called locum tenants doctors “unsung heroes.” Like her character Zoey, in The Christmas Doctor, she stated that “they put themselves last.” Moreover, “It felt like a real-life homage to the doctors and nurses on the frontlines.”

Kissing On TV Taken To Another Level

Holly revealed that she had always considered kissing for a movie “unromantic.” But, now, under the Covid-19 rules, she laughed as she shared that kissing on tv has been taken to “another level.” She described it as “uncomfortable and awkward.”

They had to gargle some concoction and they each had their spit bucket. In the end, Holly was “surprised” that she and Adrian Holmes made the kiss “look so hot” despite these crazy, but necessary safety procedures.

In the end, Holly Robinson Peete was so impressed with how prepared Canada was for filming. Moreover, Holly was happy to be working. She actually did two movies back-to-back.

The second movie the beloved actress worked on is Christmas In Evergreen: Bells Are Ringing. Yes, the red truck is back for the fourth movie in this holiday series. This latest movie will premiere on the Hallmark Channel on Saturday, December 5, at 8 p.m. Eastern.

When Can You Watch Hallmark’s The Christmas Doctor?