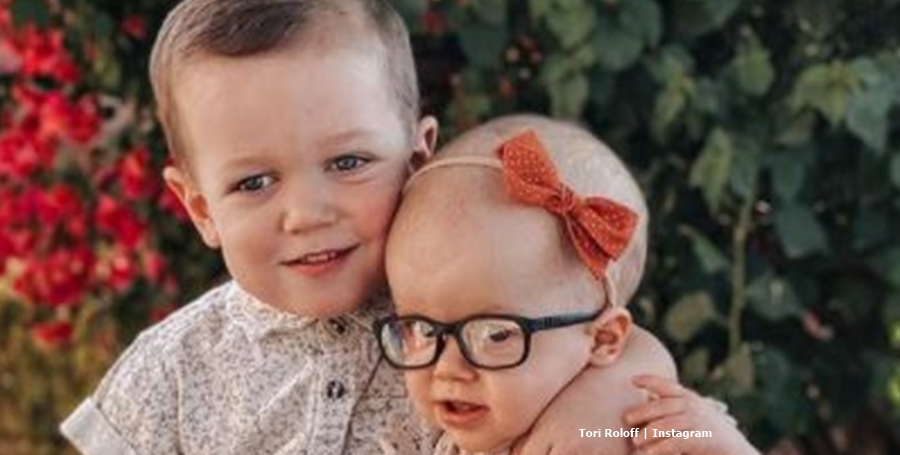 Tori Roloff shared a photo of herself with the kids and Zach. The Little People, Big World family went off and got their Christmas tree. It looked cold out there at Christmas Mountain Choose and Cut. However, Tori wrapped the kids up warmly. Later, Tori shared some photos on Instagram Stories and revealed Jackson is getting into the Christmas spirit.

The first photo that the LPBW mom shared revealed the tree all decorated and looking pretty. Around it, a railway track with a train on it provided Jackson with a good time. He looked very cute wearing only a Santa hat and his little boy pants. She captioned it with “Back At It.” TLC fans know that Jackson really loves his choo choo trains. Actually, since the youngest age, Jackson loved anything with wheels. And, even as a tiny toddler, he’d wait around hoping Grandpa Matt would take him for a ride on the mule.

Tori Roloff also shared a few more photos taken the day they went and fetched their Christmas tree. In the one picture, the family stood together, and Tori captioned it with Jackson showing “the camera a stick” he found. Murphy the dog looked very interested in Jackson’s stick. Perhaps he expected the Little People, Big World cutie to throw it for him.

Jackson and the Christmas Teeter

In the third photo, Tori talked about Jackson and Teeter. Well, maybe as Zach cut the tree, someone said something about it teetering. In fact, she said that he stood there yelling “Teeter, over and over again.” And, she reminded fans that Teeter’s his chicken. We reported that Jackson fell in love with Teeter the chicken. And, his mom shared some really cute photos of him loving his bird.

No doubt Jackson Roloff makes sure that this Christmas, Teeter gets something special from Santa. The first time we heard about Jackson taking a liking to chickens came on a post that LPBW patriarch Matt shared. In it, he helped his Cha Cha bring in the chickens for roosting time. Matt commented that his grandson’s “a tough guy.” But, he probably didn’t expect that Jackson would fall deeply, in love with one of the hens. Tori Roloff said that after spending time with Teeter he needed some “disinfectant.” 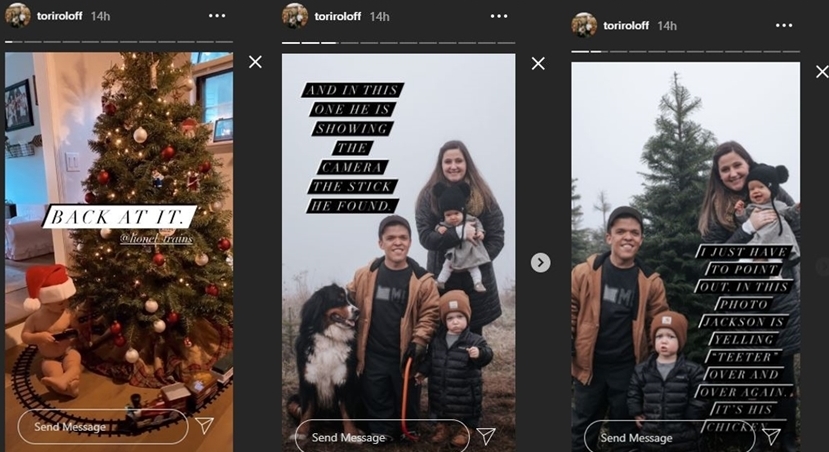 Last year, Zach, Tori and Jackson celebrated their first Christmas with Lilah. But back then, Jackson’s little sister was way too small to appreciate it. With Lilah growing up fast and now over a year old, probably, she enjoys the festivities this year as well. Of course, Jackson’s a veteran when it comes to Christmas. No doubt, Tori Roloff’s little girl soon gets used to the concept of Santa. Perhaps next year she joins Jackson by getting into the Christmas spirit as well.