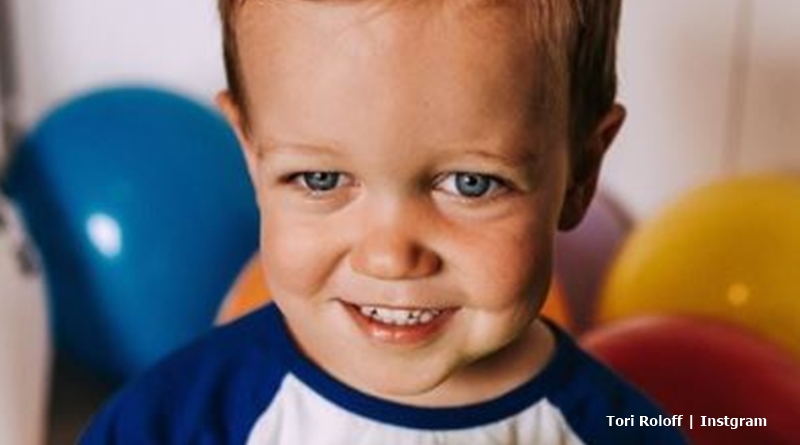 Jackson Roloff fell in love with a chicken. He named it Teeter, but Tori’s not sure where he found that name. Her adorable photo shows the LPBW boy with his face all lit up with joy and love as he cradles Teeter. Actually, he revealed a natural affinity for hens when he helped Cha Cha with them in early September.

LPBW – Can Jackson be any more adorable than loving his chicken?

We reported that Little People, Big World Grandpa, Matt shared a short clip that showed Jackson Roloff helping Karen collect all the chickens at nesting time. The young chicks ran all over the place, hither and thither. Actually, Matt remarked that Jackson seems “fearless” with the animals on the farm. In fact, he even picked one up and handed it to Cha Cha.

Well, it looked like Jackson found his favorite thing on the farm. Now, Tori told her LPBW fans that every day when they go to the farm he looks for Teeter, the chicken, and gives it a lot of love. For Jackson’s sake, hopefully, Teeter turns out to be an egg-laying hen and not bred for the pot. Actually, becoming attached to farm livestock isn’t unusual for kids like Jackson. But, inevitably the reality of farming eventually sets in. However,  for now, he loves his chicken and it’s totally adorable.

The Little People, Big World mom shared four photos of Jackson and Teeter. In a close-up, she revealed Teeter lovingly held by Jackson while he smiled straight at the camera. Another one showed him standing among the pumpkins. Actually, Teeter looked quite comfortable sitting in his arms. And, in the final one, taken from some distance away, Jackson and Teeter both looked at the camera.

The LPBW mom talked about disinfectant. She wrote, “Jackson is obsessed with “Teeter” the chicken.” However, she also noted she wants to say “Aww,” but she also thinks  some “disinfectant” is a good idea.” In the end, she said she “did both.” The TLC star noted that love seems reciprocated by Teeter.

And, Tory likes that Jackson learns lessons about “fearlessness” and being “gentle.” Finally, Tori noted, “every time I look at this sweet boy the time seems to be slipping away faster!”

Fans adore the photos of Jackson

TLC fans adore Jackson all the time. But, these new photos definitely racked up the “aww” factor. And, Caryn Chandler explained where the names came from. She said that they got their names from “Yellowstone characters.” Teeter ended up Jackson’s fave. But the other names include, “Beth…Monica & Willa.” Meanwhile, the “rooster” goes by the name of “RIP,” a rather unfortunate choice, perhaps.

So Jackson is obsessed with “Teeter” the chicken (no clue where he came up with the name). I don’t know whether to yell “awww!” Or scrub him head to toe with disinfectant. Tonight I did both. I mean for real the chicken seems to love him too! It’s all he wants to do at the farm these days and I sort of love it. I love how the farm is teaching him to be fearless but also gentle. Every time I look at this sweet boy the time seems to be slipping away faster! 💛🐓🤷🏻‍♀️ #babyjroloff

One LPBW fan commented, “I just wanted to tell you that Jackson just makes me smile so much. He has the prettiest eyes and is such a cutie pie.” And, others agreed with Tori that pics are really “awwful.”

What did you think of the adorable photos of Jackson with Teeter the hen? Sound off in the comments below.

Be sure to watch the new season of Little People, Big World Tuesdays on TLC.