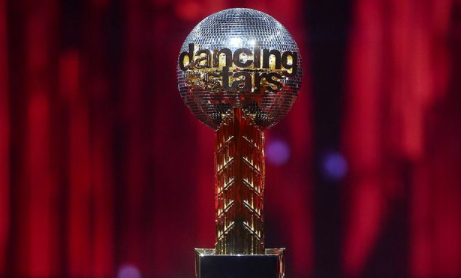 After an amazing season, former Bachelorette Kaitlyn Bristowe and her pro partner Artem Chigvintsev won the Mirrorball Trophy. They had several hiccups along the way, but judges and fans all agree they earned that top spot. And tomorrow, you can catch the Dancing With The Stars Season 29 champions on Good Morning America.

Sending the biggest congratulations to the Dancing with the Stars 2020 winner, @kaitlynbristowe! Take extra special care of the mirrorball trophy, #TeamWillYouAcceptThisDance 🏆 Tune in to @GMA tomorrow to celebrate 🎉 pic.twitter.com/d2dhYjR8AK

The final results are as follows:

Amazingly enough, Artem was let go just before Dancing With The Stars Season 28. This marks his first Mirrorball Trophy win, so hopefully the show will keep him around.

And this is also the second time a former Bachelorette won the Mirrorball Trophy. Hannah Brown and Alan Bersten took home the trophy in Season 28.

Who knows? Maybe Tayshia Adams or Clare Crawley will compete on DWTS Season 30.

So What’s Next For The Dancing With The Stars Season 29 Champions?

As we said above, you can catch the newly crowned champions on Good Morning America tomorrow morning. But Kaitlyn and Artem still have plenty to look forward to.

“[Jason] knows I don’t want to do my second proposal on TV. I’ve already done that,” Kaitlyn told ET. She got engaged to her ex during her season of The Bachelorette. “I feel like, let me have the mirrorball moment and then do it after.”

“We have to have a mirrorball,” Artem added.

“Yes, Jason won’t propose to me unless I win the mirrorball,” Kaitlyn chuckled.

Well, Kaitlyn has the Mirrorball. So what are you waiting for Jason?

Meanwhile, Artem is eager to get back to his family. His partner Nikki Bella has been home with their newborn son, Matteo this whole time. We have no doubt he’s looking forward to getting home and celebrating his first win with them. And after that, the family is moving to Napa.

For the past several weeks, Nikki Bella hopped on social media to encourage fans to vote for Kaitlyn and Artem. At one point, she even said DWTS is rigged if they don’t win.

“They got three 10s. That Argentine tango, you were like I didn’t even think she could do that and she did that. And so for me, that’s how I see things. Like Carrie Ann pushed her in a way that made her even better. Honestly if Kaitlyn and Artem don’t win, I’m calling, it’s rigged,” she recently said.

Are you happy Kaitlyn and Artem won Dancing With The Stars this season? Let us know in the comments. Keep checking back with us for more DWTS news!