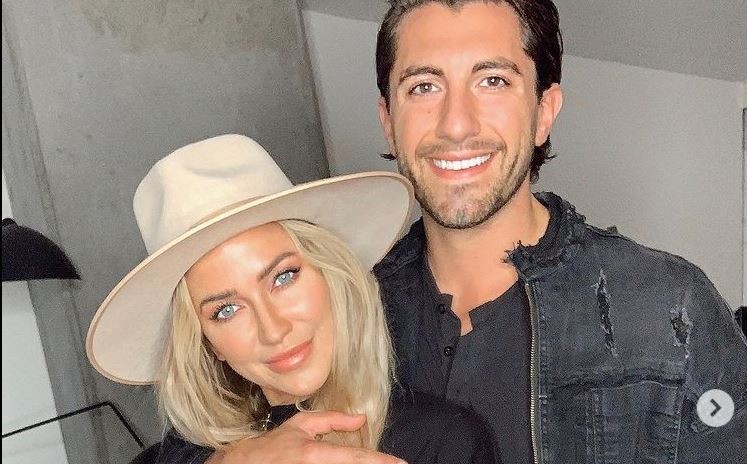 Tonight is the night when a new winner will be crowned on Dancing With the Stars. There are four couples left and only one will take home the Mirrorball Trophy. Kaitlyn Bristowe and Artem Chigvintsev are strong contenders to win it all. They have impressed week after week, even winning over Carrie Inaba. But, is it enough to beat out their competitors? Tonight will decide the winner! And, if Kaitlyn wins, could it be the introduction to a marriage proposal from Jason Tartick?

Will Jason propose to Kaitlyn Bristowe?

Entertainment Tonight caught up with Kaitlyn to get her thoughts on finale night. They also asked her about the possibility of Jason proposing if she wins the Mirrorball.  One thing is certain, no matter what happens, Jason will be by her side as he has been since day one. And, should she pull off the win with Artem, she feels there could be a proposal in her future.

When asked if a proposal might be happening after a big win she says, “Yeah, maybe.” She continued, “I don’t know when it’s coming.”

She went on to say that Jason knows she does not want a proposal on TV. Kaitlyn said she’s already done that and wants something more personal and private this time around. The former Bachelorette said, “I feel like, let me have the mirrorball moment and then do it after.”

It’s not the first time she thought he was proposing

Kaitlyn has said this isn’t the first time she thought a proposal may be coming. She said the night Chris Harrison told her she was going to be on DWTS, she thought it was about to happen. He reached into his pocket to grab his airpods and she thought it was a ring. However, she’s glad he didn’t. And, the reason being she doesn’t want a televised proposal, as stated above.

One thing is certain, Kaitlyn is ready to spend her life with Jason. She’s even talking about babies in their not so distant future. He says he hopes they are married first, but one never knows. It’s happened to other Bachelor couples!

The other three couples to compete in tonight’s finals are Nev Schulman and Jenna Johnson, Nelly and Daniella Karagach, and Justina Machado and Sasha Farber.

Who do you want to see win? Will Jason pop the big question? Stay tuned.