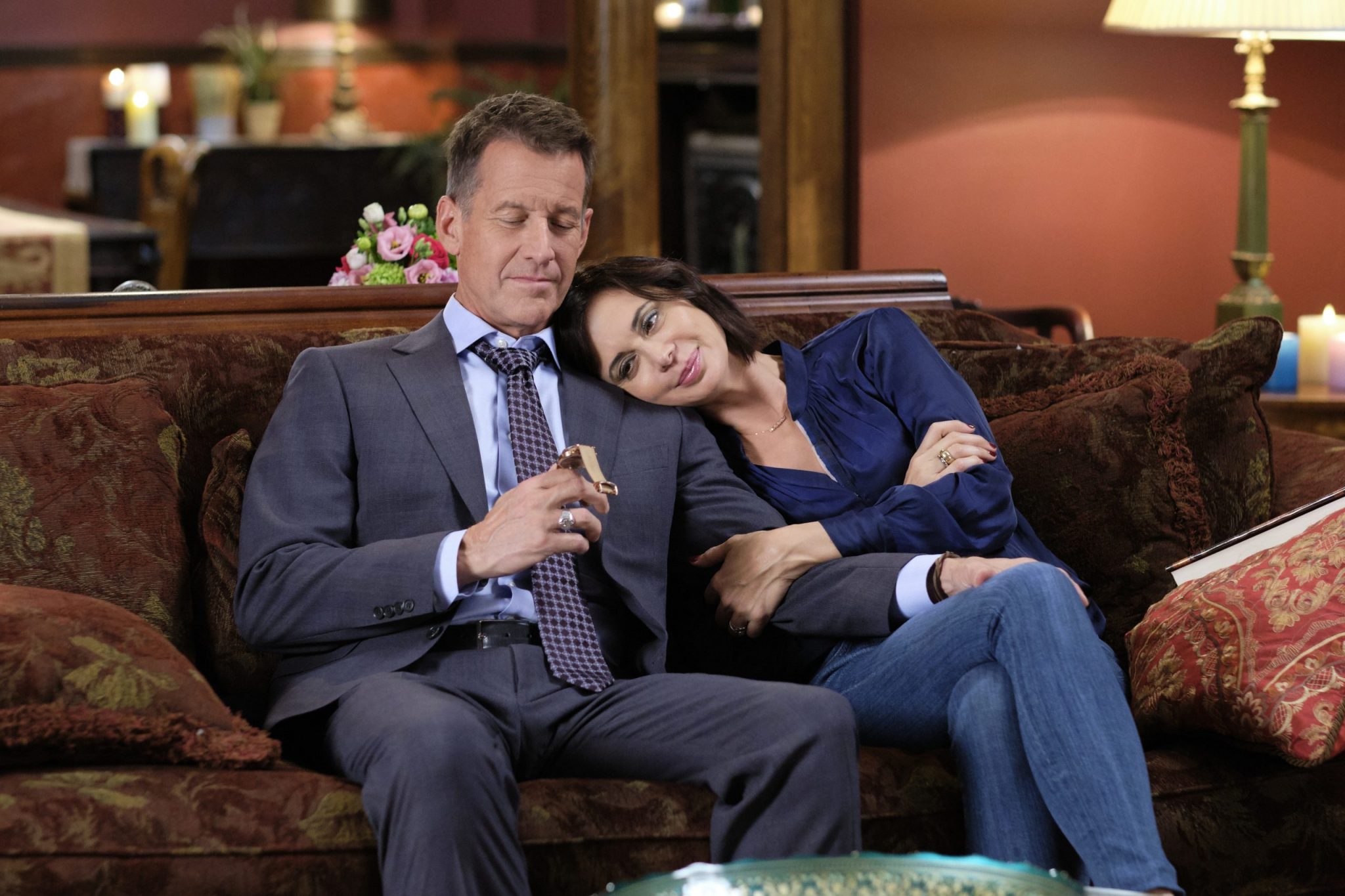 When Are They Filming Hallmark’s Good Witch Season 7?

Hallmark star James Denton was recently on the Bubbly Sesh podcast, discussing Good Witch Season 7. Although James was in his Minnesota home and quarantining with his family, he was already ready to film another season of Good Witch. How has he spent his time? Reading and playing guitar. Most of all, spending quality family time.

So, what about Good Witch Season 7?

First of all, they will start filming in October, in Vancouver. Although they did not ask James about a Halloween Good Witch, it seems clear that the later filming date is affecting things.

Unfortunately, this means that they will not be able to get in a Halloween episode. They usually have one every season. But, TVLine has already confirmed there will not be one this year.

But, the good news is that Good Witch Season 7. That is quite a milestone for the Hallmark series.

What we also know is that James Denton is really excited with what is happening next on Good Witch. The show is changing into more of a mystery show.

He compared it to some of the older favorites glamorous mystery series like Hart to Hart or McMillan & Wife. For those who are not so familiar with these two programs, they are 70’s and 80’s series starring husband and wife sleuths. They are romantic and fun.

James Denton really complimented the writing of this Hallmark show. He compared the new developments to some of the mystery that was in his former show, Desperate Housewives. He didn’t divulge any Season 7 secrets, but he hinted that the storyline is great.

The Nashville native shared how much he loves working for Hallmark. The cast is very close. The food on set is real. They even ask him what kind of coffee he wants for the scene. It is all real and all absolutely yummy.

Most of all, Hallmark is really like working with a family. He acknowledges that they are trying to create programming without violence. That can present a challenge, but he feels that Hallmark does a spectacular job.

Most of all, he can call anyone, like Michelle Vicary, Hallmark’s executive Vice President. He can discuss his character or any concerns he may have. Everyone is approachable and they all enjoy working together. They want to create quality content for Goodies.

Although the former Devious Maids star didn’t share cast details, he did give quite a hint to what this storyline is like.

It sounds like there will be an angel and a fantasy element in the storyline. So, will James Denton be the angel-like character? We don’t know. It just sounds like a feel-good, Hallmark Christmas movie, with a. fantasy element. We all need a bit of Hallmark magic, especially after a challenging 2020.

Hallmark’s Countdown To Christmas 2020 premieres on October 23. Good Witch Season 7 will likely start around May 2021.