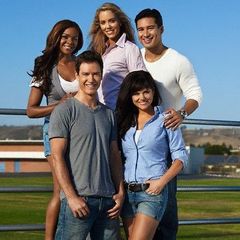 Peacock TV released a new trailer for the upcoming Saved by the Bell reboot.  It offers fans their first look at Zack and Kelly as elected officials.

The sitcom’s high school sweethearts, played by Mark-Paul Gosselaar and Tiffani Thiessen, are back, and yes, they’re still together! In the funny reboot of the 1990s sitcom, Zack Morris who was the once rebellious teenager, is now the governor of California.

Zach gets into hot water for closing too many low-income high schools. Zach (played by Mark-Paul Gosselaar) proposes they send the students to the highest performing, wealthiest schools in the state, Bayside High.  A large amount of students gives the privileged Bayside kids a much-needed look at reality.

Who remembers the original show?

Tracey Wigfield is the one that has created the revival for Peacock’s new streaming service.

Who else will we see?

The anticipated reboot will star original  “Saved by the Bell” cast members. In addition to the two we already know of, we will also see the hunk, Mario Lopez as AC Slater. Elizabeth Berkley reprises her role of Jessie Spano.

The trailer also teases an appearance by Max (Ed Alonzo.) Fans of the original series will notice a lot of easter eggs in the reboot, including A.C. Slater’s iconic yellow glasses.

Even Zack Attack is back together!

A blast from the past

Peacock earlier released a suspenseful trailer that shows A.C. and Jessie reminiscing about their past together. A  familiar scenario to one of the show’s most memorable storylines appears, Who remembers when Jessie Spano got in trouble by taking too many caffeine pills?”Are those caffeine pills?” Spano asked a deshuffled student. “At first they’re so exciting and then it gets even more exciting but after that, it gets so scary. And in the end, you ruin your girl group’s shot at a recording contract.” Jess warns the student!
It’s 90’s throwback time, The show was once very popular with kids of all age groups, and social media is all a buzz about the new series. Who else is excited for the new Saved By The Bell reboot? Watch the trailer below: