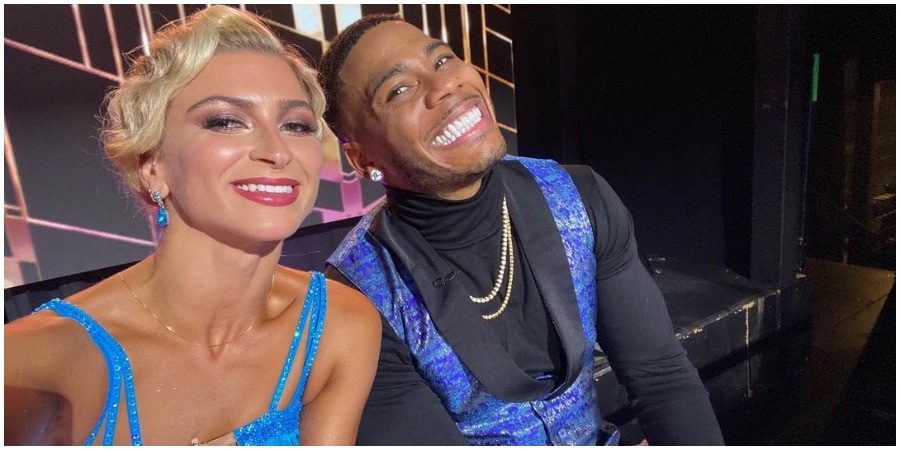 Nelly has been a fan favorite during Dancing with the Stars Season 29. The viewers are absolutely loving to watch him shake it on the dance floor each week with his partner, Daniella Karagach. However, the “Country Grammar” rapper nearly didn’t appear on the show.

During a recent interview, Nelly revealed that the timing was perfect for him to come on the show due to the Covid-19 pandemic. The rapper claims that if it wasn’t for the impact of the coronavirus, he likely wouldn’t have had time to appear on DWTS.

“If it wasn’t a [pandemic] situation, I don’t know if my schedule would have allowed me to do it up to a certain point. When I say it’s harder than anything I’ve done, it’s the dancing, but it’s just taxing as well. It’s every day, several hours a day, and it’s one of those things where I don’t know if I would have been able to do it if it wasn’t for COVID-19.”

Throughout the season, Nelly has had his share of ups and downs. Last week when he made it into the semi-finals, he and his fans were thrilled. The St. Louis native admits to having no prior dance experience. This means he’s likely had to work harder than some to get this far.

Although COVID may be the reason he was able to find time to be on the show, Nelly claims that he felt that Dancing with the Stars was a path he was already on.

“I believe everything happens for a reason. So this experience was something that was definitely in my future. I’m learning so much, I’m building new relationships and I’m having a lot of fun.”

Nelly’s scores have often been subpar compared to some of his counterparts such as Nev Schulman and Skai Jackson. However, his energy and spirit always shine through on the dance floor. The rapper also knows that his fans have kept him in the competition.

The rapper’s fans have kept him in the ballroom

“I want to thank my fans because I know that’s the majority of the reason of why we’re still hanging in here. It’s a lot of fun and we’re trying to keep it rolling.”

Nelly also told his supporters what they can expect him in the semi-finals. He and Daniella will do a jive in the redemption dance. He admits that he’s excited to do a more classical ballroom dance, which hasn’t been his strong suit thus far.

On Monday night’s episode, Nelly and Daniella will compete against the remaining couples, Kaitlyn Bristowe and Artem Chigvintsev, Justina Machado and Sasha Farber, Nev Schulman and Jenna Johnson, Skai Jackson and Alan Bersten, and Johnny Weir and Britt Stewart, all of whom are vying to get into next week’s finals.

However, the semi-finals will have a dreaded double elimination, which will see two stars saying their final farewells to the ballroom.

Preview: ‘Mr. Corman’ Takes On 30-Something Panic Attacks And Regret For AppleTV+
‘Love Island USA’: Hawaiian Residents Disrupted By Production
‘Ted Lasso’s’ Awkward Sassy Reunion Preview of Next Episode on Apple+TV
Jeremy Vuolo Goes Back To College & Back To His Roots
Lifetime’s Thriller ‘Burning Little Lies’ Is Not A Fairy Tale