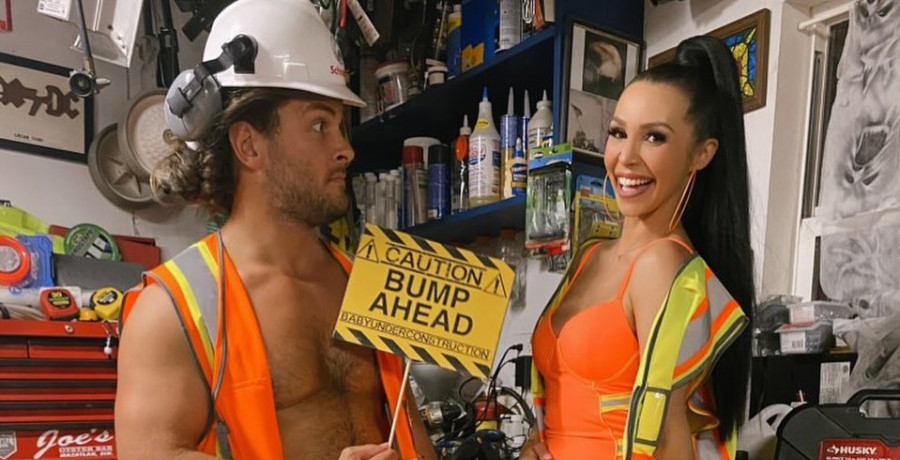 Vanderpump Rules star Scheana Shay is revealing her baby’s gender. For real this time! The announcement came a week after getting major fan backlash for teasing the baby’s gender reveal. Why were fans so upset with Scheana?

Last week, the SURver posted about a gender reveal party. Scheana shared photos of the party on her Instagram, directing fans to her YouTube vlog for more. However, when fans got to the end of the vlog, they still didn’t know the baby’s gender. That’s because Scheana left that major detail out of the video on purpose. She wanted fans to enjoy the party, not just fast-forward the video to the juicy part.

But fans weren’t having it. Any goodwill they had toward Scheana after her surprising ‘rainbow baby’ announcement quickly evaporated. Fans absolutely DRAGGED Scheana as attention-seeking.

However, Scheana clapped back by saying she would reveal on her “lucky day,” 11/11.

Well, that’s today and the Pump Rules star was good on her word.

As fans know, Scheana made a surprise announcement last month that she was pregnant again. The “Good as Gold” singer found out she was pregnant the first time back in June. However, Scheana sadly lost the baby after just a few weeks. She kept quiet about it, not wanting to spoil Stassi Schroeder’s pregnancy announcement around the same time.

Scheana and her boyfriend, Brock Davies, tried again as soon as the doctor gave them the all-clear. And despite her past worries about her fertility, Scheana Shay quickly found herself pregnant again.

She will be the third Vanderpump Rules star to have a baby girl in 2021. Stassi and Lala Kent are both having girls, too. However, Brittany Cartwright will be the sole boymom in the group. So far, anyway! Kristen Doute and Katie Maloney-Schwartz are still contenders in the pregnancy pact.

Lala, Stassi and Brittany have jokingly referred to their “pregnancy pact.” The women of Vanderpump Rules were hoping to all end up pregnant at the same time so their kids could grow up together. However, it seems unlikely that Scheana Shay was part of that pact.

First of all, her doctors advised her that she would have fertility issues. In fact, she went so far as to freeze her eggs on three different occasions.

Secondly, she has never been part of the main group of friends. And now she is publicly feuding with both Lala and Stassi. Scheana’s feud with Lala came about after her allegations that Lala didn’t support her during the miscarriage. Stassi seemingly took sides by unfollowing Scheana on social media.

Of her pregnant Pump Rules co-stars, Brittany was the only one who attended Scheana’s baby reveal party. Bravo has yet to announce if Pump Rules will return for another season, but if it does, things will likely be tense between Scheana and her co-stars.