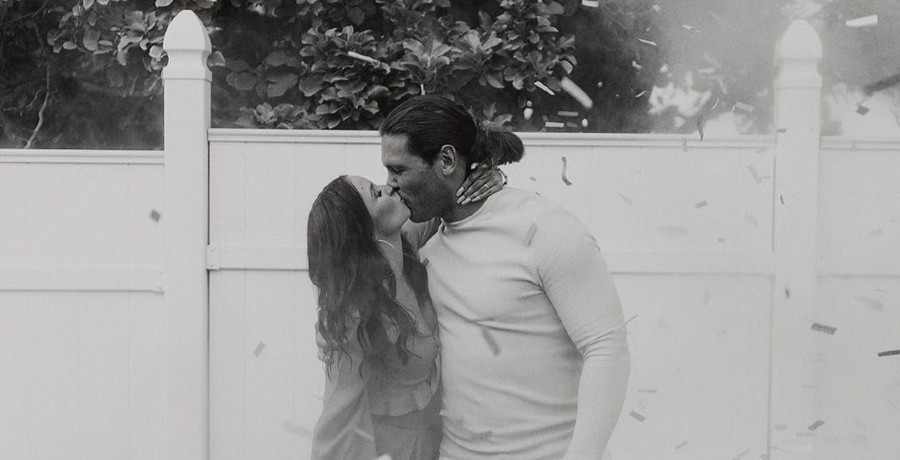 Vanderpump Rules fans were happy for Scheana Shay when she announced her ‘rainbow baby’ pregnancy earlier this month. The SURver suffered a miscarriage earlier this summer. The sad news happened around the same time Stassi Schroeder made her pregnancy announcement. So, Scheana stayed quiet about her own loss for weeks.

Well, the goodwill of fans clearly hit the limit. Throughout her years on Pump Rules, fans and co-stars have slammed Scheana Shay as attention-seeking. Does her latest move prove them right?

Scheana Shay is almost 16-weeks pregnant. This is right around the time expectant mothers can find out the baby’s gender. Three of Scheana’s Pump Rules co-stars are currently pregnant, including Stassi. Stassi and Lala Kent are both expecting baby girls. However, Brittany Cartwright will be a boymom. Brittany, Lala and now Scheana are all due in April of next year. Stassi is close to her January due date.

So, fans are eager to find out if Scheana is joining the #girlmom club or the #boymom club. And a recent post on her IG made fans think they were about to find out. The “Good as Gold” singer shared some professional photographs from her gender reveal party. In the first photo, Scheana poses with Brittany Cartwright.

In the last photo of the series, Scheana Shay poses with Brock Davies, her boyfriend and baby daddy. Unlike the other photos, this one is in black-and-white. It’s clearly taken right AFTER the baby’s gender is revealed. But since it’s not in color, there’s no way to tell if the couple expect a girl or a boy.

In the caption, Scheana thanks her friends for coming and directs her fans to her YouTube blog. The Pump Rules star started filming her life for fans because she felt the Bravo editors weren’t showing all the aspects of her life.

But the vlog cuts off abruptly at the end, keeping the baby’s gender a secret… for now.

Fans in the comments were absolutely LIVID that Scheana posted the photos and vlog link without revealing the baby’s gender. Scheana tried to explain that she was enjoying the fun of the party and wanted to reveal the gender on HER terms.

But fans just weren’t having it. One fan wrote that Scheana’s Pump Rules co-stars would NEVER post that kind of click-bait. In fact, they slammed Scheana as “thirsty for views.” Scheana clapped back that Lala, Stassi and Brittany don’t have blogs. 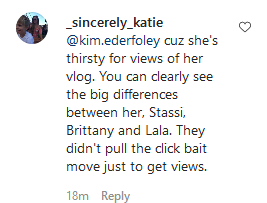 Scheana Shay does plan to let fans know if she’s having a boy or girl. But it will be when SHE wants to announce it. In the meantime, she thinks it’s funny that fans are mad. In response to some of the backlash she wrote, “people are so mad haha.”

She then revealed when the real announcement will come. On her “lucky day,” 11/11.

Some fans in the comments said a voice in the video sounded like Tom Sandoval. They further guessed that Scheana is having a girl. But she denied it was Tom’s voice and didn’t confirm or deny if she’s having a girl.

Do you think Scheana’s vlog was attention-seeking? Or is it her business to reveal the baby’s gender when she’s ready?

Bravo has yet to announce if Vanderpump Rules will return for another season. November 11 isn’t just Scheana’s lucky day! It’s also the premiere date of Bravo’s latest Housewives franchise, The Real Housewives of Salt Lake City.