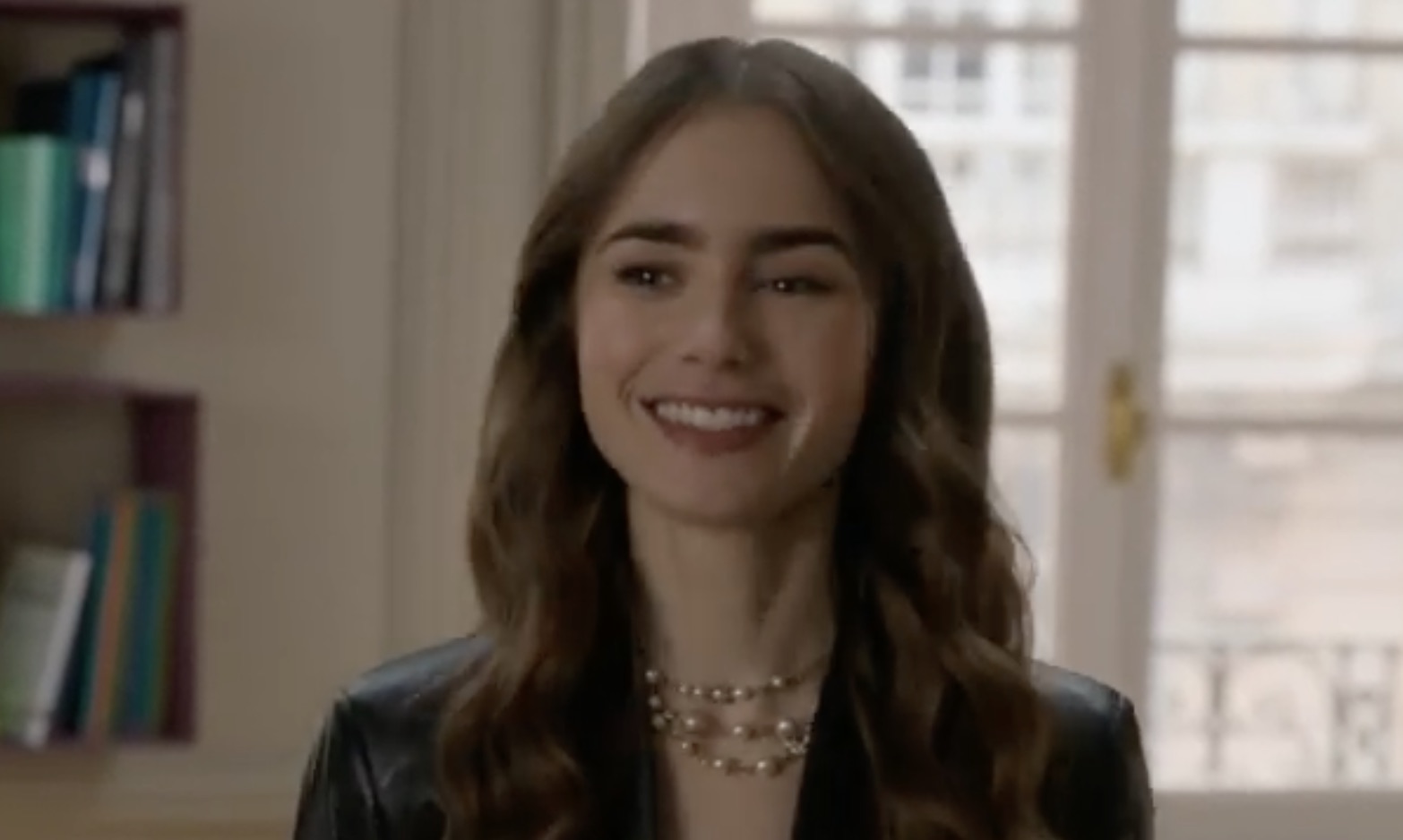 Netflix has finally renewed Darren Star’s Emily In Paris for Season 2, in a very Parisian way. What should fans expect in the upcoming season?

Netflix has announced Emily In Paris Season 2 in a very creative way. On Instagram, Netflix shared a video, with the caption, “Deux is always better than un 😉.” The accompanying video showed Emily’s friends, coworkers and then Emily (Lily Collins), all sharing the words “deux,” which is the French word for “two.”

A fictional letter accompanied the video. The fake missive was from Sylvie Grateau (Philippine Leroy-Beaulieu) to her American boss Madeline Wheeler (Kate Walsh).

The letter “regrettably” informed Madeline that Emily will be staying in Paris “for an extended period of time.”

The letter also hints at some possible future storylines. “We hope that by extending her time in Paris, Emily will further the relationships she has already made, delve deeper into our culture, and perhaps pick up a few words of basic French.”

It ends with “We love having Emily in Paris! But please don’t let her know that.”

What Is Netflix Series About?

Emily In Paris is the story of Emily Cooper. She is an American social media guru, sent from her Chicago office to Paris. Modest midwesterner Emily tries to navigate working in a foreign country, while sharing selfies of her exploring the beautiful French city.

Emily makes some friends along the way, including new roommate Mindy Chen (Ashley Park). She finds herself in a love triangle with cute neighbor Gabriel (Lucas Bravo), and her other new friend, Camille (Camille Razat).

Was Emily In Paris Season 2 Announcement A Hint To Storyline?

During the first season, Emily’s long distance relationship was shattered. She went on about experiencing Paris as a singleton. By the end, there were a couple of prospects. Will Season 2 end with Emily settling on one person?

According to Deadline, star Lily Collins shared at Paleyfest that the shooting of the Netflix series was “life imitating art.” Her own real-life experiences were a mirror to Emily’s experiences, creating a series of “meta moments.”

Emily in Paris will return for Season 2! pic.twitter.com/QDOzpzjliz

When Will Emily In Paris Season 2 Filming Start?

As of now, Netflix has not revealed when Emily In Paris will commence filming. Currently, Paris, as well as much of Europe, is dealing with lockdowns due to the coronavirus pandemic.

In addition, Darren Star is currently filming Younger Season 7 in New York City. They delayed filming the TVLand series due to covid.

But, Star has already shared that he has some ideas of what will happen in Season 2. Although he didn’t exactly share them, he did say that he thinks “Emily has some surprising tough choices.”

She’s in a love triangle. There is another prospective guy, who is also a client. There is a lot swirling around her personal life, including unforeseen obstacles along the way. That is because there is always the culture.

Darren star explained that “The show’s so much about the culture undermining her expectations of how things are and how things seem.” Emily’s perception of what is happening may be so Americanized, she doesn’t understand what is really happening.

Thus, as Star shared, “And everything will not be as it seems.” That is because they are French. And this show is the American point of view.

What is best is that Emily In Paris has a lot of options where they will wind up going. Star seems to relish that he has a lot of choices with the storyline. “We certainly have a lot of forks in the road and a lot of places to go.”

Thankfully, Netflix will take us back for another Parisian adventure!

Clare Crawley Underwent Breast Implant Removal Surgery, How Is She?
‘Life After Lockup’ Reveals 3 Explosive New Couples
AGAIN?! Danielle Busby Crucified For ANOTHER Vacation Getaway
Meri Brown Wishes Daughter Mariah Happy Birthday, How Old Is She?
‘LPBW’ Jackson Roloff Has What It Takes For His Own Show?