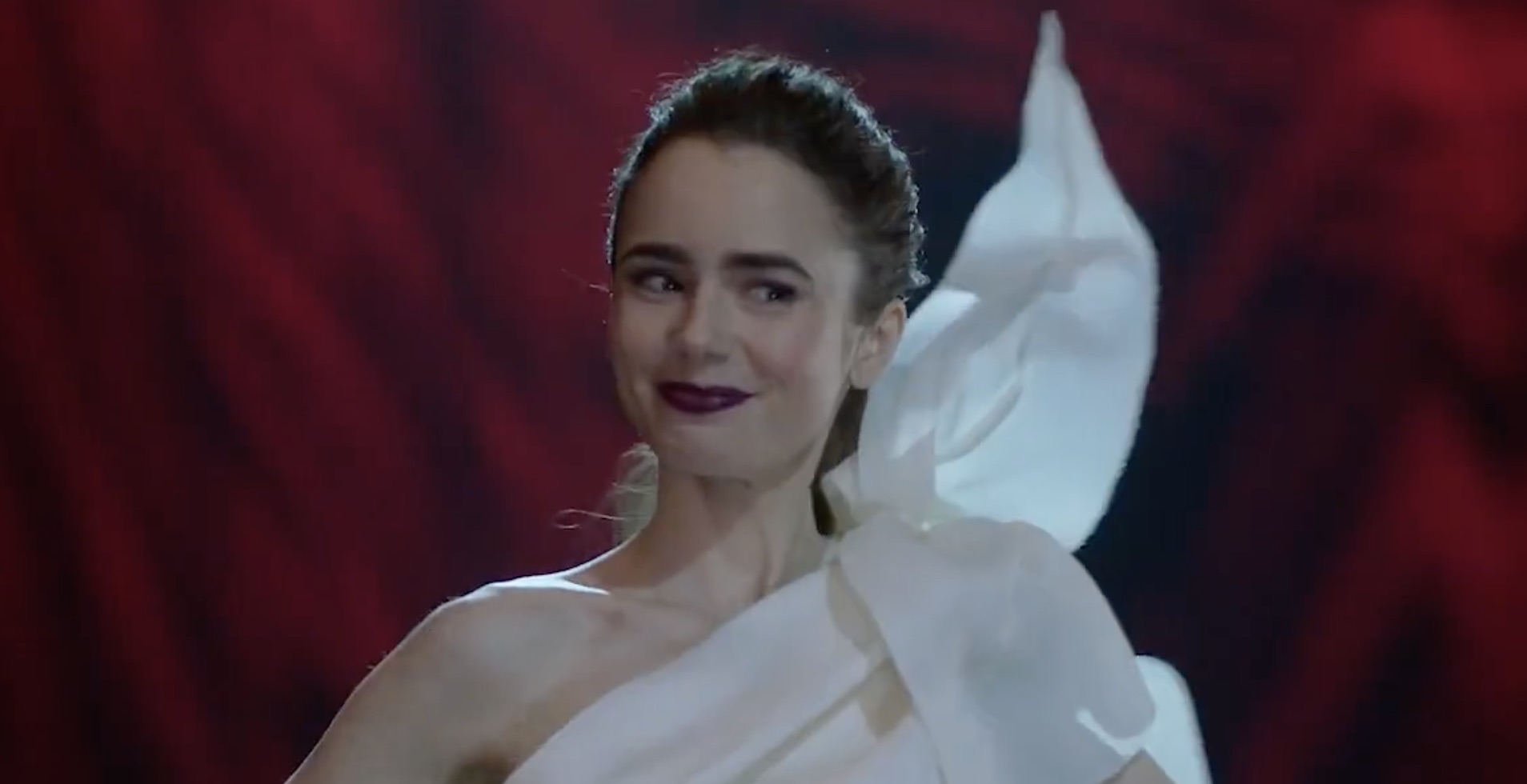 Since Friday, Emily In Paris has been streaming and entertaining fans around the world. Starring Lily Collins, as Emily, an American who is in charge of social media for a French company, in Paris. She doesn’t know the language. Emily doesn’t even understand the culture. But, she is in love with the City of Light.

Emily In Paris has become the perfect concoction of travel, love and freedom during the time of Covid-19. Quarantined viewers look to the traditional French kisses on both cheeks as something from a long time ago.

So, when is Netflix releasing Emily In Paris Season 2?

Spoilers ahead, for anyone who has not watched all of Season 1.

When Is Emily In Paris Season 2 Premiering?

When can fans stream Emily In Paris Season 2? According to a recent interview with Oprah Magazine, show producer and creator Darren Star is still waiting for Netflix to give the green light. Then, there is the travel issues and the coronavirus quarantines going on around the world. A Paris shoot may not happen for a while.

But, he and the writers have already started thinking of a few storylines. The most important detail is that all of the cast will be returning. That is fabulous! And Star promises that Emily is “of Paris.” The social media influencer is no longer a visitor. She is building a life in the French capital.

Most of all, she has found romance. Camille and Gabriel have split up. Does this mean that she is free to openly date Gabriel? Darren Star promises something “more serious” between the two. But, Camille may have a few things to say about it.

What About Emily And Gabriel?

There is such a strong connection between Gabriel and Emily. What is at the essence of the spark? Lucas Bravo, who also spoke to Oprah Mag, shared a bit of insight into Gabriel. “Gabriel’s life was sad before she came along. He knew what he wanted but he didn’t know how to get it. He didn’t know how to be the best version of himself.”

Bravo shared how Emily has totally changed his life, and for the better. “Emily isn’t just Emily. It’s the first day of the rest of his life when he meets her. He’s so excited for what’s in store.”

Recently, Darren Star explained to TVLine about the magical connection between Emily and Gabriel. Clearly this is something that cannot happen with Gabriel and Camille. This is cultural. That is because of Emily’s American individuality and love of her work.

“I think he’s really taken by her. There’s something about her individualism and her Americanism that he connects with. He’s somebody that, definitely, also wants to be his own man and blaze his own trail at everything, and he just connects to her spirit, her spunk and her energy.”

Could Season 2 mean that the two are building a life together? There could certainly be some very French complications with Camille (Camille Razat), Antoine (William Abadie) and Mathieu Cadault (Charles Martins). Could they complicate the pure romance of Emily and Gabriel?

Will Emily In Paris Season 2 Include Throuple?

Emily In Paris star Lucas Bravo recent spoke to Metro UK about Season 2. The intoxicating 32-year-old model and actor has some of his own predictions about what could be next for Camille, Gabriel and Emily.

First, he thinks that Camille is going to learn about Gabriel and Emily. Everyone close to Emily knows about Gabriel and Emily. It is bound to happen. And Bravo says that it won’t be pretty. “I don’t want Emily or Gabriel to be around when she does. She definitely she has some ammunition… but it could go both ways. Things might go in a different direction.”

He is reminding fans of the Darren Star show that when Emily and Camille nearly kissed, Camille did not seem to mind. She said “I’m not sorry.” Lucas Bravo even thinks things could get “naughty” in Season 2. Gabriel liked that Instagram photo of Camille and Emily on the bed. Like Netflix’s Insatiable, there could be a throuple next season.

But, he is just guessing now. Lucas Bravo explains that the talented producer and writer usually writes as they film. But, it does appear that Emily’s American self reliance and energy is part of the spark of attraction between her and Gabriel.

How do you say “love triangle” in French?

Right now, Emily In Paris creator Darren Star has a rather full plate. Younger Season 7 will start filming in New York City soon. The SATC creator is also working on a Younger spinoff with Hilary Duff. They announced it was in development back in May. There has not been any word on the status of his show.

Yet, even with this busy schedule, Darren Star should have no trouble finding time to film another 10 episodes of Emily In Paris.