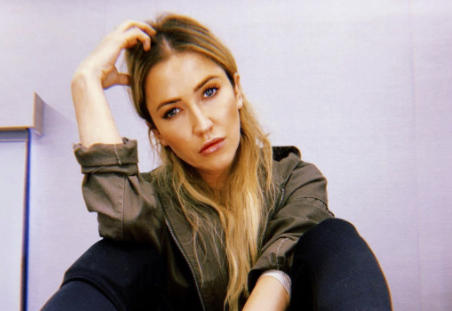 If you’ve been following Dancing With The Stars this season, you’re probably a little familiar with the feud between Carrie Ann Inaba and Kaitlyn Bristowe. To sum it up, Kaitlyn keeps giving the competition her all, but Carrie Ann keeps underscoring her for seemingly inexplicable reasons. Fans aren’t taking it well at all. Unfortunately, some fans resorted to attacking Carrie Ann online, to the point where she says she feels “bullied.”

“I still get bullied. Right about this time is when people start to bully me because of the way I judge people. I can’t believe it still happens as adults,” the DWTS judge said shortly after last week’s episode. “I want to tell people who bully: It doesn’t make me change the way I judge. I’m not about to change because you try to bully me. It only makes me stand stronger in my convictions and what I believe in.”

Now, Kaitlyn Bristowe is responding to the bullies.

“I know that Carrie Ann was getting heat on social media for being hard on me and I’m like, ‘Make it stop!’ Because this is a TV show, right?” Kaitlyn said in a recent episode of her podcast. “Carrie Ann is totally allowed her opinions. I’m allowed to not agree with them or feel hurt by them, but it doesn’t mean people need to go and bully on her. I heard that she feels bullied and that makes me feel so terrible because I’ve been bullied so hard online … Don’t go bullying her because she’s being hard on me. That’s her decision and she’s a judge. That’s why she’s paid the big bucks to be a judge on that show, right?”

The former Bachelorette previously said she felt “crushed” by Carrie Ann’s comments. However, she still wants the public to treat the judge well.

“I want everybody to not be mean to Carrie Ann even if she’s harsh on me,” Kaitlyn continued. “You can ask why. You can wonder why or be like, ‘Why are you doing this?’ But don’t be mean. That’s all I have to say.”

Other Castmates Think Carrie Ann Is Too Harsh

In a previous interview, Kaitlyn’s partner, Artem Chigvintsev, added his own opinions.

“At this point right now we just feel like we’re never going to make her happy. It feels really discouraging, in a sense, to come back next week,” the dancer said. “I was literally wanting to have ear muffs and put it on top of [Kaitlyn’s] head.”

Are you cheering for Kaitlyn and Artem to win? Don’t forget that you have to vote to keep them in the competition. New episodes air on Monday nights at 8 PM on ABC.