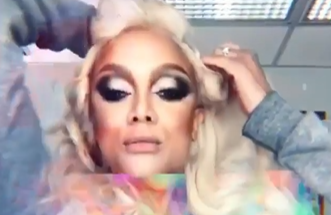 Tyra Banks has been in the fashion industry for a long time as a model and a producer. It made sense when she came on as the executive producer, she’d try to make fashion a big part of it. That’s why when she comes out at the beginning fans are waiting to see what she’ll be wearing next.

She said she was adamant about upping the ante for the fashion game. That meant two costume changes every episode. It sounds like a lot. She did admit that it was easier to plan than execute. A couple of wardrobe malfunctions happened she’s glad went unnoticed. Tyra took a lot of criticism in the beginning for her outfits. Fans said she was taking away attention from the dancers.

Tyra Banks spoke to Entertainment Tonight about a mishap that occurred with a costume change. She said, “I think it was the third or fourth episode, I walk out and my hand is on my back and I was holding my dress together. The dress was unzipped. And I did not have on any of my jewelry.”

She said a couple shots later, you’ll see all is well. Her jewelry is on and the dress is fitting. Tyra said it was fine. “When you’re swinging for the fence, sometimes you’re gonna strike out,” she said.

She did say there are a few rules she has when it comes to her wardrobe such as no satin on the boobies, tummy or booty. 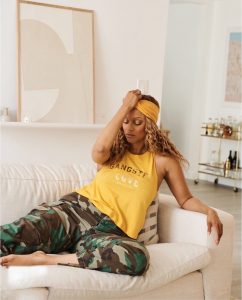 Why Does She Have These Fashion Guidelines In Place?

Tyra Banks said with her Dancing with the Stars wardrobe, she needs to play to her strengths. She says satin on the chest makes her boobs look much bigger and on her booty shows the cellulite.

She said, she wants her waist snatched so she doesn’t end up looking like she’s wearing a mumu. Banks said, “I have very broad shoulders and sometimes the dress doesn’t really cover the shoulder… so it’s got to be wide enough up here.”

Redesigns And Fittings Are Often Needed

Banks said refits and redesigns happen often. She says sometimes they don’t know she has a booty. She said, “Yes I used to model, I did fashion shows, fashion weeks, all across the globe — but I don’t have that body anymore.” She said designers think she’s still a size four because she was a model.

She’s always been open about her body. She said, ” I just have gone up and down in weight my entire career… So I’m like, ‘You just never know what Tyra you’re going to get!'”

There’s still a lot more fashion and dancing to come. Dancing with the Stars airs on Monday nights.