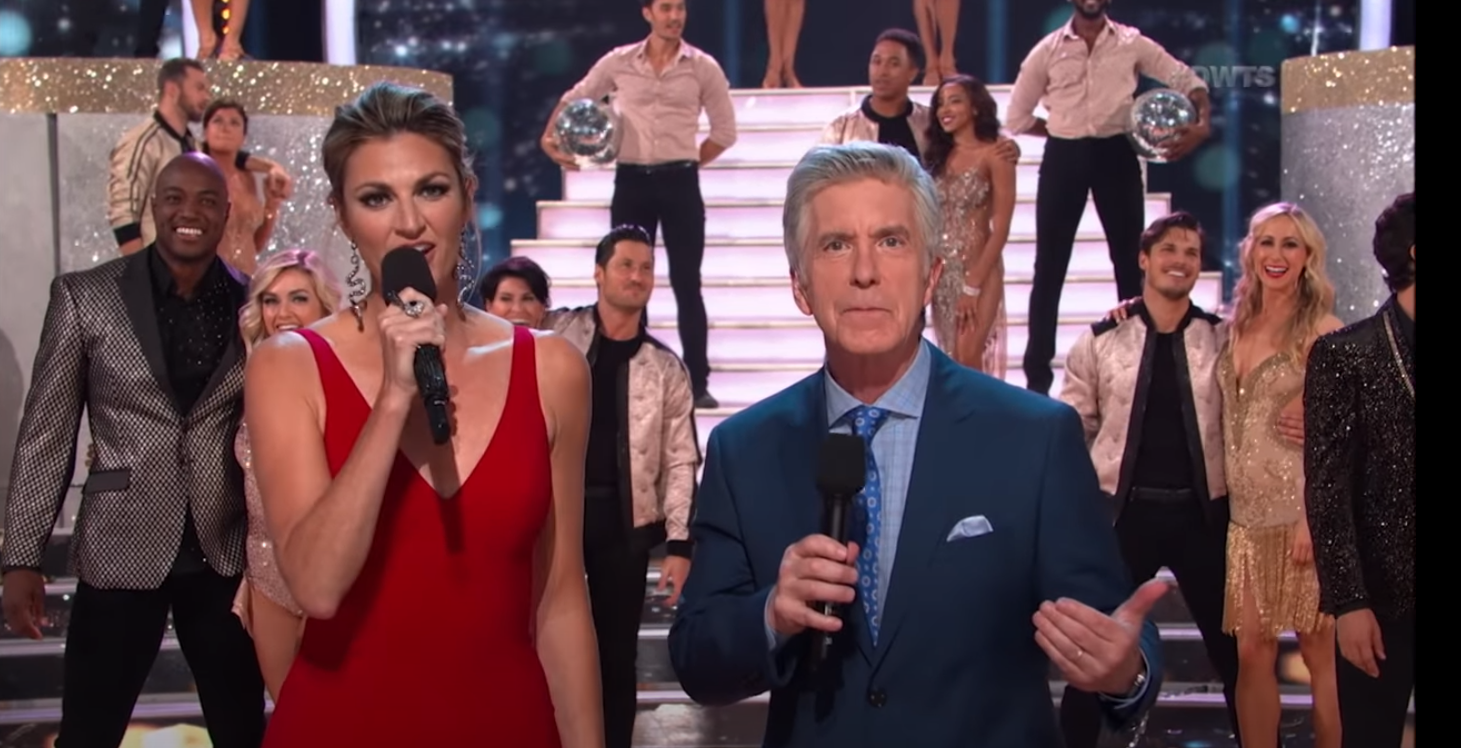 Dancing With the Stars Season 29 brought some big changes, and not just because of filming in a pandemic bubble. The biggest change was the switch of hosts. Tom Bergeron and Erin Andrews are out, and Tyra Banks is in.

Naturally, the decision caused an uproar among fans. It didn’t help that the hosts hadn’t made this choice themselves. The Dancing With the Stars EPs made the call, and now one has spoken out about the change.

According to Us Weekly, executive producer Andrew Llinares shared it was all about evolution and change. This wasn’t intended to be a slight against the two outstanding, fan-favorite hosts. It was a chance to bring something fresh to the series.

Dancing With the Stars Ran the Risk of Feeling Old

There’s no doubt that the ratings for the series were dropping. Each season, fewer viewers tuned in. However, it wasn’t about the hosts. The method of the competition had remained stagnant, and the choices of celebrities wasn’t always appreciated.

The EPs knew something had to happen. The quickest thing was to change up the host, adding Tyra Banks into the mix. Had there been some warning about this, the decisions may have been more positive. The problem came when the hosts hadn’t even realized they were fired until weeks before the series started.

One thing is clear: it was all about making the show feel fresh.

Only Good Things to Say About Tyra Banks

While sharing the reasons for switching the hosts, Llinares also talked about the decision to have just one host this time. This speeds things up, something that will also help the show feel fresh. Llinares only has positive things to say about Tyra Banks taking on hosting duties. He believes Tyra brings a new energy to the room, and it helps that she has hosting experience thanks to America’s Next Top Model.

This hasn’t warmed viewers up just yet. From the first episode, fans asked for Bergeron and Andrews to return.

The Ratings Have Gone Up

Dancing With the Stars Season 29 has seen an uptick in the live ratings. The premiere saw a huge jump up from the Season 28 premiere, as TV Shows Ace recently reported. While the second week dropped, the third week gained some of its audience back. There is a chance this will continue over the course over the rest of the season. Only time will tell.

However, there are a few reasons for the uptick in the ratings. Carole Baskin certainly pulled in a number of viewers, and the show airs when few other networks have regular fall programming back. It’s hard to compared fall 2020 with previous fall seasons.

What do you think about the decisions to change the Dancing With the Stars hosts? Share your thoughts in the comments below.