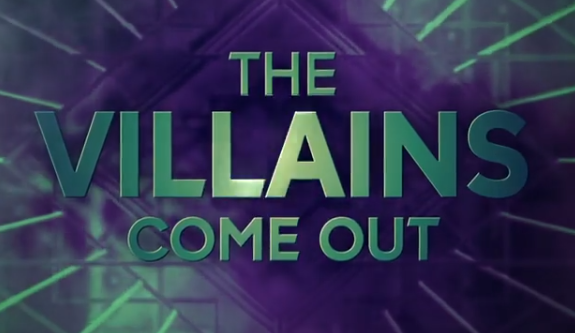 Dancing With The Stars is coming down to the wire. Fans will say goodbye to one couple tonight. But next Monday, two couples will leave the competition.

Last year during Season 28, the Dancing With The Stars didn’t have any double elimination nights. The November 2 episode takes place the night before election day and the show is taking full advantage of that. “Double Elimination Night — Use Your Vote!” is the rumored episode title.

Dancing With The Stars Sees Success With Theme Nights

This year, Dancing With The Stars has had several themed episodes. Competitors and viewers alike are loving the fun themes. Tonight, you can catch your favorite contestants dressed as famous villains to celebrate Halloween.

“Halloween night, October the 26th, and we are actually doing a villains night where everyone takes on a kind of, famous fictional villain and pays homage to that villain. So, I think that’s going to be exciting and fun and a different twist on Halloween, which will be great,” executive producer Andrew Llinares said.

The Dancing With The Stars official social media accounts teased routines all week long. Several competitors also showed off their costumes. There is definitely a lot to look forward to tonight. Could we even see the judges in costume?

How it started. How it’s going.
😈 😬#DWTS (Maleficent can’t lose her wings AND horns 🤣🤣We are working the kinks out-ha! Please tune in and VOTE for us tonight!!🙏🏼)@DancingABC pic.twitter.com/YGouUrH9ND

Will Couples Be Able To Bounce Back From Last Week?

Olympic figure skater Johnny Weir and his partner Britt Stewart were in the bottom two last week. Plenty of Dancing With The Stars fans were shocked. This week they will be dancing the Viennese Waltz to “Creep” by Vincent/Kimberly Nichole. You can expect to see them in costumes inspired by the classic horror film, Dracula. Britt recently said she hoped they would be able to bounce back this week and remain in the competition.

“Each week, Johnny has been progressing and growing so much. He has been exceeding my expectations and I want to continue to share him and his journey with our audience. I admire Johnny. He dares to be different, and is always his unique and authentic self in his performance, interviews and costuming. I do my best to showcase that in our choreography,” said Britt.

Skai Jackson and Alan Bersten also didn’t perform so well last week. Hopefully, they can pull it together and come up with an amazing performance.

If you love Dancing With The Stars and have a favorite couple, remember to vote for them. Your votes keep your favorites in the competition. Villains Night kicks off at 8 PM on ABC. Will you be watching? Let us know in the comments. Who do you think will have the top score and who do you think will go home? We love to hear from you.

Follow TV Shows Ace on social media to stay up to date with all the latest Dancing With The Stars news. We’ll be here to keep you informed!