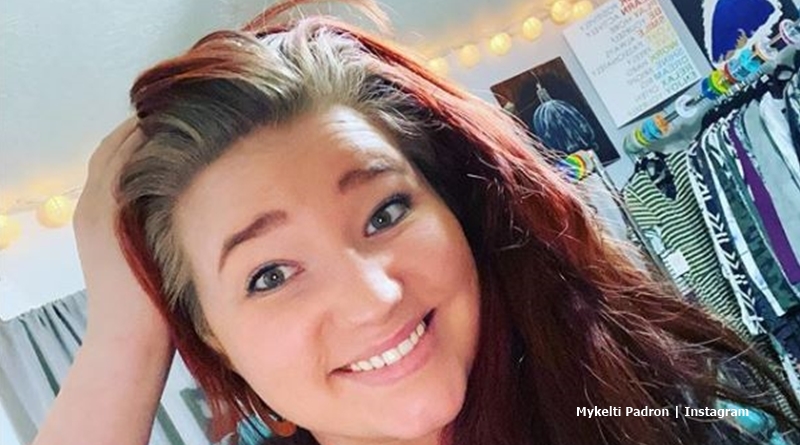 Sister Wives star Mykelti shared a photo of herself at Halloween. And, she planned an evening reading while waiting for the “trick to treating.” In the comments of the photo, we noted that lots of people talked about her cute baby bump. But, someone trolled on her about her hair. And, it probably made the troll look a bit red-faced.

We said it many times before: “If you plan on trolling, it might be best to check your facts first.” In the comments on Mykelti’s post, a troll who noticed the light color her hair wrote, “Hair dye not good for baby.” Well, it seems that the body-shaming follower failed spectacularly with that. And, perhaps they went away a bit red-faced. Mykelti replied, saying, “That would be why you can see my roots from a mile away.”

While some Sister Wives fans argued that dyeing hair’s fine during early pregnancy, that missed the point. In the past, Mykelti dyed her hair ginger, auburn, and black. Now, she looks closer to blonde. And that’s probably because her parents also have blonde hair. Kody, Christine, and all her sisters also have blonde hair. And, she shares similar traits. So, when she rocks dark hair, it’s been dyed. Not the other way round.

Mykelti’s not dyeing her hair at the moment

InTouch Weekly reported that back in July, Mykelti said she grew her hair longer. And, the natural color comes through as she awaits her hairdresser. After all, the coronavirus impacted on hairstylists. And, she won’t dye it dark again until she decides which color. Maybe “red” again, or even “blue.” And, even if she dyes it, the end of the world won’t happen.

According to Mom.com, the idea that hair dyes are toxic to the baby seems rather old-fashioned. The outlet notes that “research shows that chemicals found in hair dyes are not very toxic and are therefore safe to use during pregnancy.” Plus, “skin absorbs” very little hair dye. So, the Sister Wives star needn’t fear it harms her baby. However, they make a few other points. 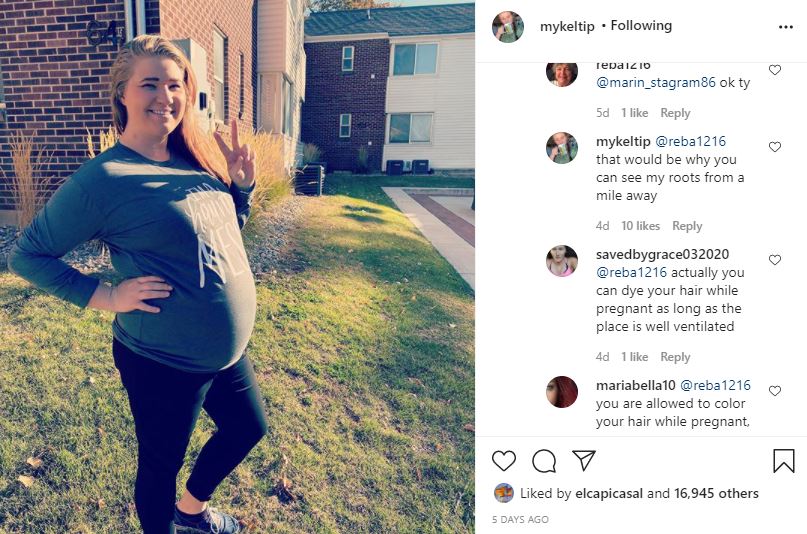 “Let your hairstylist know” that you carry a baby. That way, they can ensure you don’t breathe in too many fumes. Make sure about “good ventilation.” And, for peace of mind, wait until the “second trimester.” Also, pregnant moms can opt for a less permanent color which comes with fewer chemicals like bleach. Alternatively, why not try “organic dyes?”

Of course, the Sister Wives‘ mom could speak to her “obstetrician.” Sometimes, with hormonal changes, hair changes as well. And, chemical dyes might bring some unexpected results.

What did you think about the TLC troll who presumed Mykelti dyed her hair light? In fact, she’s naturally blonde like the rest of her family.

Jarrod Schulz Wipes ‘Storage Wars’ From Instagram: Off The Show?!
Amy Roloff’s Dream Comes True, Matt Gets Pulverized By Cannonballs
Is That Ava Or Olivia Busby’s Squishy Face? Fans Still Have No Idea
‘LPBW’ Wait! Is Molly Roloff Headed Back To The Show?
‘Counting On’ Ivy Seewald Does Her Own Makeup – See Jessa’s Reaction